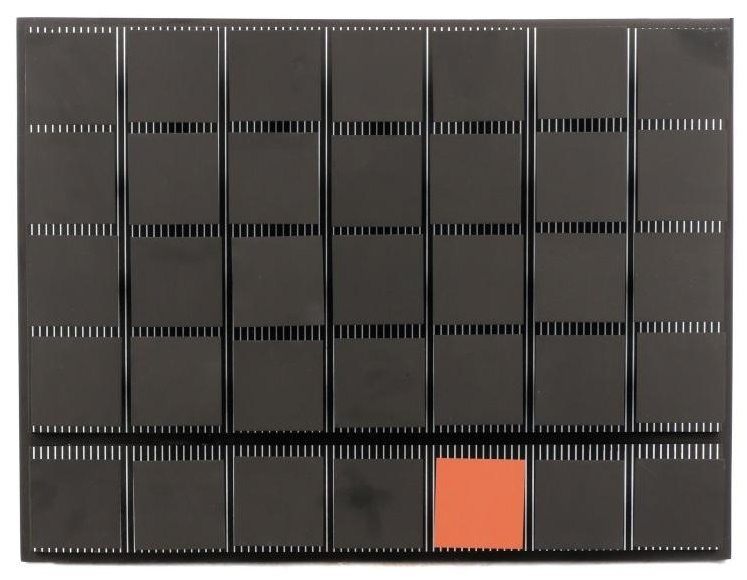 Two works by the celebrated Venezuelan artist Jesús Rafael Soto will lead an upcoming sale at Ahlers & Ogletree.
The Atlanta auction house will offer the works as part of its Spring Estates Auction on March 5-6, which will feature more than 900 lots spanning everything from antiques, fine art and sculptures to decorative arts, Chinese porcelain, clocks, estate jewelry, silver, textiles and African art.

Works by Soto can be found in museum collections around the world, including MOMA in New York and The Tate Gallery in London. The two wall sculptures offered here, ‘Homenaje al Humano’ and ‘Tes azules y negras’, were executed in the late 1970s and are estimated at $10,000-$20,000 and $8,000-$12,000 respectively.

Both works will cross the block during the sale’s first session, which also includes further sculptural highlights such as a signed Salvador Dali entitled ‘La Noblesse du Temps (The Nobility of Time)’, cast in 1984 and estimated at $7,000-$9,000; a limited-edition Art Deco bronze figure by renowned artist and designer Erté, valued at $8,000-$12,000; and the dynamic, football-themed bronze ‘Flying Tackle’, created in 1950 by Clemente Spampinato and estimated at $4,000-$6,000.

The auction’s second session will be led by a stunning pair of palatial Bohemian-style dore bronze mounted crystal floor urns. Standing more than five feet tall, and bearing delicately engraved ‘Deer in the Woods’ scenes, the pair of urns is expected to sell for $15,000-$30,000.

The sale will also offer a number of more unusual lots, such as a 19th century manual-pump fire extinguisher from the British Royal household. Bearing the Royal coat of arms and the Royal cipher of George IV, the four-wheeled extinguisher is believed to originate from a residence of Queen Victoria and comes with an estimate of $8,000-$12,000.