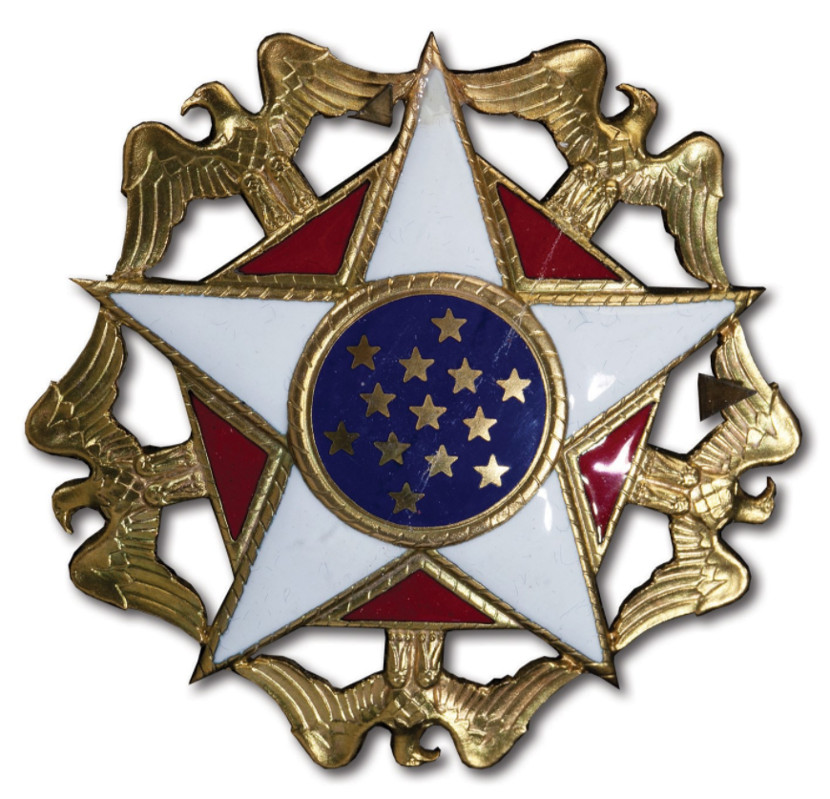 American athlete Jesse Owens’ Congressional Medal of Freedom is offered with an opening bid of $55,000 at SCP Auctions’ online sale on March 23.
Owens received the honour from US President Gerald Ford in 1976, in recognition of his extraordinary achievements in track and field.

The award was bittersweet for Owens. After his barnstorming performance at the 1936 Berlin Olympics, in which he secured four gold medals, he was snubbed by his own countrymen.

Ironically, in Nazi Germany Owens had been allowed to stay in the same hotels as his white teammates, a courtesy not extended to him on his return to America.

The medal is accompanied by a certificate that reads: “He is a winner who knows that winning is not everything. He has shared with others his courage and dedication to the highest ideals of sportsmanship. His achievements have shown us all the promise of America, and his faith in America has inspired countless others to do their best for themselves and their country.”

The piece is boxed, accompanied by a ribbon and a smaller version of the medal designed to be worn on formal occasions. These medals, the highest civilian honour available in the US, are rare. Another awarded to defence secretary Robert McNamara in 1968 sold for $40,260 in 2012.

The lot is one of a number of pieces connected with Owens offered in the sale. His original first place winner’s diplomas from the 1936 Olympics will appear (valued at more than $10,000) along with a charm bracelet presented to his wife on a 1960 episode of This is Your Life.