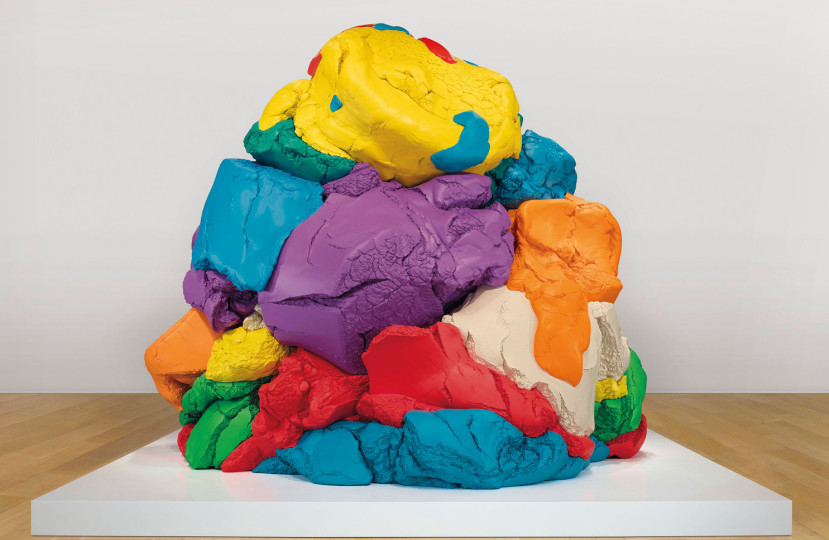 Jeff Koons’ monumental Play-Doh sculpture will appear in Christie’s May 17 Post War and Contemporary Art sale in New York with an estimate of around $20m.
The work stands at over three metres in height. With its alternating matt and shiny surfaces and intimate crevasses the texture is extremely convincing, although it’s actually executed in polychrome aluminium. Each section was painted by hand and laid down on top of the others. The structure is solid, rather than hollow, and is supported entirely by its own weight.

Play-Doh is part of Koons’ acclaimed Celebration series, which includes Balloon Dog – still the most valuable work by a living artist (it made $58.4m at Christie’s in 2014).

“Never has a sculpture so apparently simple been so deeply complex to create,” said Francis Outred, head of post-war and contemporary art at Christie’s in London. “This was the sculpture that took the longest to produce and pushed its creator to new feats of engineering.”

The inspiration for the work came while Koons was playing with his son.

He explained: "He made a mound of Play-Doh, and he said ‘Dad!’ and I turned, ‘what?’ and he went ‘voilà!’ in front of this mound of Play-Doh. He was so proud. I looked at it, and I thought this is really what I try to do every day as an artist, to make objects that you can’t make any judgments about. That it’s perfect, that you just experience acceptance.”

The piece was officially shown for the first time in the Whitney Museum’s official retrospective of Koons’ work in New York in 2014.