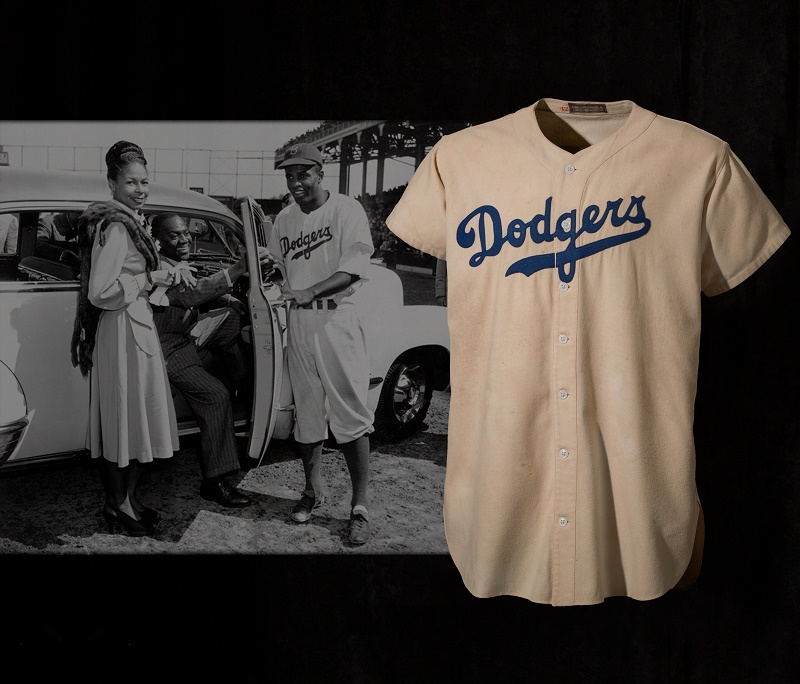 Jackie Robinson’s jersey from his rookie season with the Brooklyn Dodgers has sold at auction for more than $2 million.
The historic jersey crossed the block at Heritage Auctions in Dallas on November 19, where it sold for $2,050,000, setting a new record for a piece of Jackie Robinson memorabilia.

In 1947 Robinson became the first African-American player to play Major League baseball, breaking the color barrier and striking a blow for the Civil Rights movement in the U.S.

During his first season he encountered racial prejudice from opposition players and fans alike, but went on to become one of baseball’s biggest stars.

Robinson first wore the jersey at a historic event known as Jackie Robinson Day, which took place at Ebbets Field stadium on September 23, 1947.

The day after the Dodgers won the pennant, fans gathered to celebrate the achievements of Robinson, who was awarded the inaugural MLB Rookie of the Year award.

The event has been described as "unquestionably, the greatest public celebration of a black man in American history to date."

In front of a packed house, Robinson and his wife Rachel were presented with gifts including a brand-new Cadillac.

Robinson is also believed to have worn the jersey during the World Series that followed, which ended in a seven-game victory for the New York Yankees.

The jersey was photo-matched to the Ebbets Field ceremony, and came with a letter of authentication from Rachel Robinson, who remembered her husband bringing it home at the end of his breakthrough season.

The jersey is one of several important artifacts from Robinson’s life to appear at auction in recent months.

In October 2017 his rookie season cap, which was padded with protective plates to protect him against racist opposition pitchers, sold for a record $590,000.