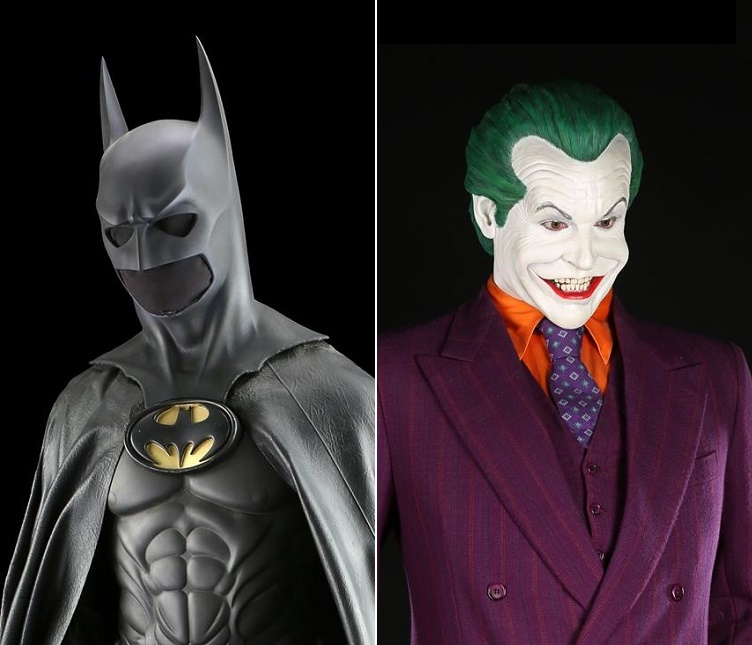 The Prop Store’s latest blockbuster movie memorabilia sale will reignite the classic struggle between Batman and his arch nemesis The Joker.
But rather than deciding who controls Gotham, the auction will settle an even more pressing score: whose movie memorabilia is worth the most?

When Tim Burton brought his vision of Batman to the big screen in 1989, there was only ever one man to play The Joker: Jack Nicholson.

He already had the mischievous grin and the sinister glint in his eye. Now all he needed was a purple suit and he was ready to conquer Gotham City.

This sharply-tailored three-piece suit comprises components from different scenes in the film, all worn on-screen by Nicholson.

Made from sculpted foam rubber and neoprene, the suit features a refined, sculpted physique which differs from most other movie bat suits over the years.

But it’s not just The Joker lining up against Batman – Catwoman and The Penguin are along for the ride as well.

The sale will feature two iconic costumes from the classic 1960s Batman TV show, worn by Julie Newmar and Burgess Meredith as they battled the incomparable Adam West.

Newmar played Catwoman during the first two seasons of the show, from 1966-67, before being replaced by Eartha Kitt for the final season in 1968.

Meredith was a highly versatile stage and screen actor – but to many viewers, he’ll always be The Penguin, complete with his monocle and a cigarette holder clamped between his teeth.

This snappy purple top hat and pair of white fur-lined gloves were worn by Meredith during multiple episodes of the show, and together are also valued at up to £20,000.