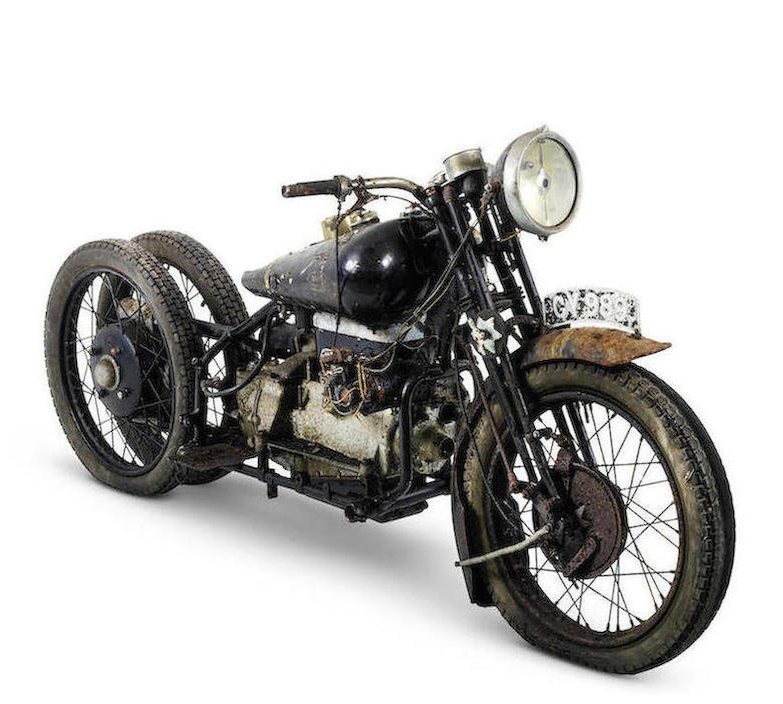 A dilapidated British motorcycle discovered hidden in a barn has set a new world record price at Bonhams.
The remarkably rare Brough Superior motorcycle was found in a remote Cornish village along with seven other machines completely original which were believed to have been destroyed years ago.

Known as ‘The Broughs of Bodmin Moor’, the motorcycles had laid untouched beneath layers of dust, old machinery parts and disused furniture for more than 50 years.

"The Broughs of Bodmin Moor are the motorcycle discovery of the decade," said Ben Walker, International Director for Bonhams Collectors’ Motorcycle Department. "They’ve caused quite a stir in the saleroom, with each one far exceeding estimate, allowing us to break our own world record for a British motorcycle sold at auction."

The eight motorcycles crossed the block as part of the Bonhams Stafford Sale, bringing a combined total of £752,625 ($1,086,034) – led by the historically important 1932 Brough Superior 800cc Model BS4 Project.

The pioneering four-cylinder machine was one of only ten examples built by the British manufacturer, with just seven of those known to have survived. Having originally been raced in time trials by Hubert Chantrey, and described as "arguably one of the most significant British motorcycles ever to come to auction", the bike soared past its estimate to sell for £331,900 ($478,792) – a new world record price for a British motorcycle at auction.

“Having been housed in a Cornwall barn for so many decades, we’re delighted to have brought these machines back into the spotlight,” said Jonathan Vickers, Bonhams West Country motoring specialist. “They’ve sold phenomenally well, cementing Bonhams highly successful record breaking reputation in the collectors’ motoring industry.” 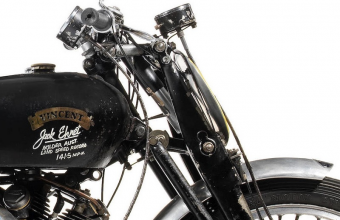