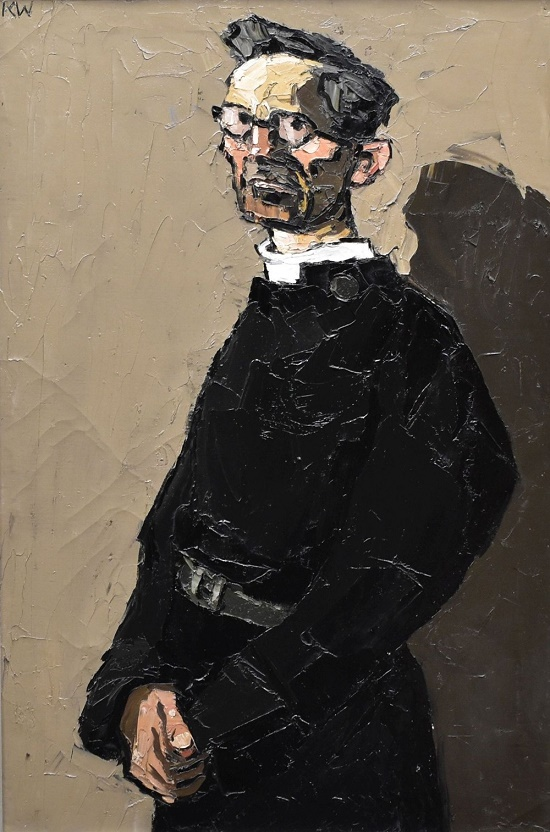 Kyffin Williams is widely regarded as the defining Welsh artist of the 20th century. Having served as President of the Royal Cambrian Academy, he was appointed a member of the Royal Academy in 1974, and was later awarded both the OBE in 1982 and a KBE in 1999 for services to the arts.

The most valuable Williams work on offer is ‘The Priest’, a three-quarter portrait of Rev Harry Edwards of St Michaels Highgate painted in the 1960s. Williams befriended Edwards during his lengthy tenure as senior art master at Highgate School, where he worked from 1944 until 1973.

Having previously been exhibited at the Royal Academy Summer Exhibition in 1966, and in a retrospective of Williams’ work at the Albany Gallery, the portrait will now be offered with an estimate of £17,000-£22,000.

The sale will also include a superb selection of Llanelly pottery, Swansea porcelain, and autographed items signed by Richard Burton, Ivor Novello and David Lloyd George.