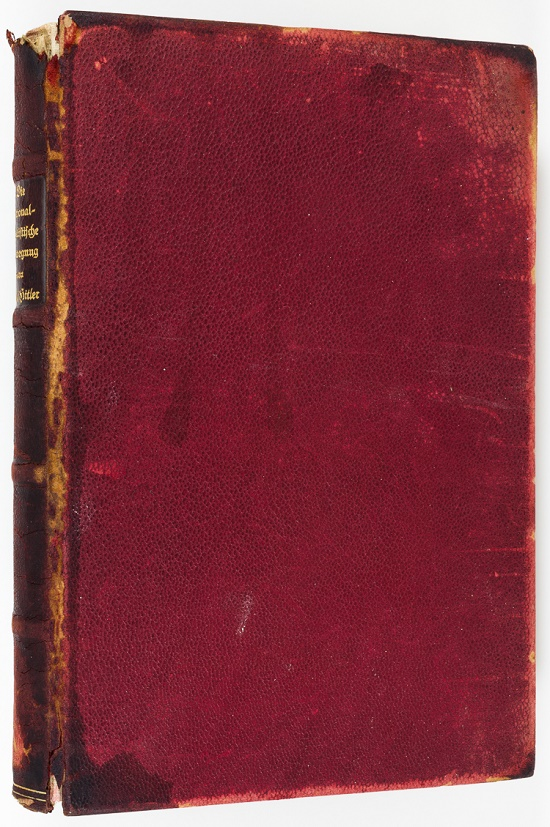 Adolf Hitler’s personal copy of his political autobiography Mein Kampf has sold at auction for more than $20,000.
The book was one of the many items recovered from Hitler’s luxury Munich apartment in May 1945, when Allied forces occupied the city following the end of WWII.

Hitler wrote Main Kampf, which featured his political manifesto and sinister vision for the future of Germany, whilst serving a prison sentence for his part in an attempted coup in 1923.

Having been published in 1927, Hitler kept the copy of his book in his personal library in Munich. The apartment was rarely used during the last days of the war, as Hitler retreated to his bunker and eventually killed himself to prevent capture and execution.

The book featured the inscription "From Adolph Hitlers apartment in Munich on May 2 1945 John Grueber[?] Lt. Col. F[ield]A[rtillery]", along with the further signatures of eleven U.S officers from a field artillery battalion of the 45th Infantry Division, who were amongst the first to enter the apartments following Hitler’s death on April 30.

Having been claimed as a memento, the book returned home to the U.S in the possession of Capt. Daniel B. Allen of the 45th Infantry Division, and remained in his family for decades. Offered with a letter of provenance from Allen’s daughter, the book soared past its estimate of $12,000-$15,000 to sell for $20,655.

The auction also featured relics taken from The Berghof, Hitler’s private residence in the Bavarian Alps, which was heavily bombed during the final days of the war and then looted by Allied soldiers.