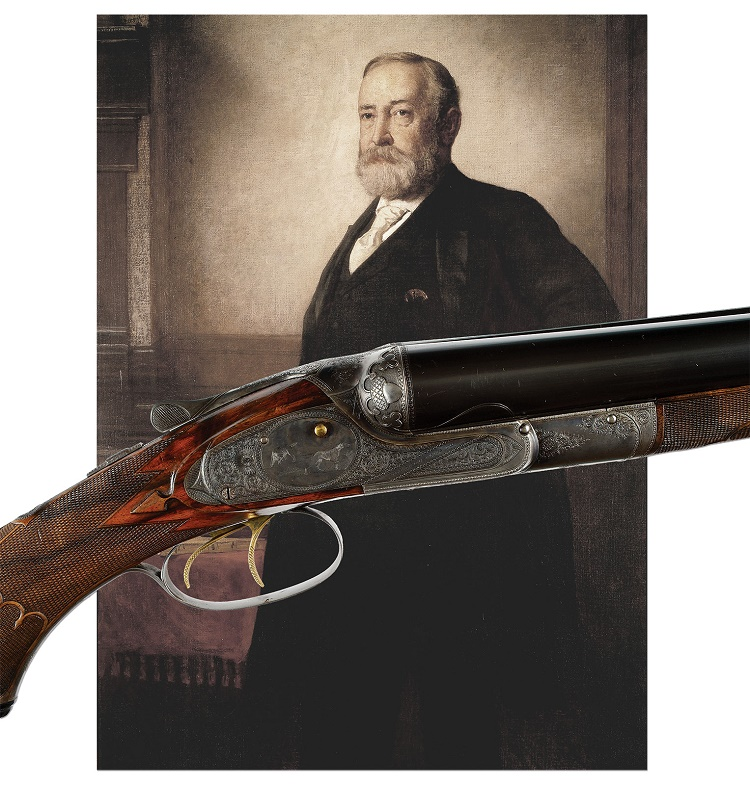 The first James D. Julia Firearms Auction of 2016 features a line-up of historic rarities from some of America’s most renowned private collections.
The two-day sale is expected to realize in excess of $15 million, with Day One featuring Sporting & Collector Firearms. With average estimates of $2,000-$8,000, this session will offer moderately-priced guns for every collector.

Day Two of the sale is the ‘Extraordinary Session’, described as "perhaps the greatest selection of high-end, expensive guns that have come to market in years". This section features guns from the renowned collections of Paul Tudor Jones II, Don and Kathlee Bryan, Steve Ardia, John Ashworth, Herb Hyatt and Dr. Geoff Sturgess amongst others.

Amongst the most notable lots is a Lefever ‘Optimus’ quality shotgun presented to U.S President Benjamin Harrison for his “Protection to American Industry”. Regarded as "probably the finest and most important nineteenth-century American shotgun" in existence, the gun is expected to sell for $75,000-$125,000.

The Don and Kathlee Bryan Collection of Confederate Revolvers presents some of the rarest handguns ever made in the U.S. Limited resources meant that the Confederates only produced around 7,500 revolvers during the entire Civil War, and few survive today.

Further standout lots amongst the remarkable roster include an extremely rare cased Patterson #3 with matching 12 inch barrel formerly owned by the Duke of Orleans, son of King Louis Philip I, estimate $600,000-$750,000; a pair of Model 1860 Army Colts presented to General Joseph Hawley, engraved with rare ebony stocks and in almost new condition, estimated at $250,000-$350,000; and a rare Nimschke engraved and ivory stocked Model 1866 carbine purportedly made for Emperor Maximilian, valued at $150,000-$250,000.

The auction takes place in Fairfield, Maine on March 14-15.