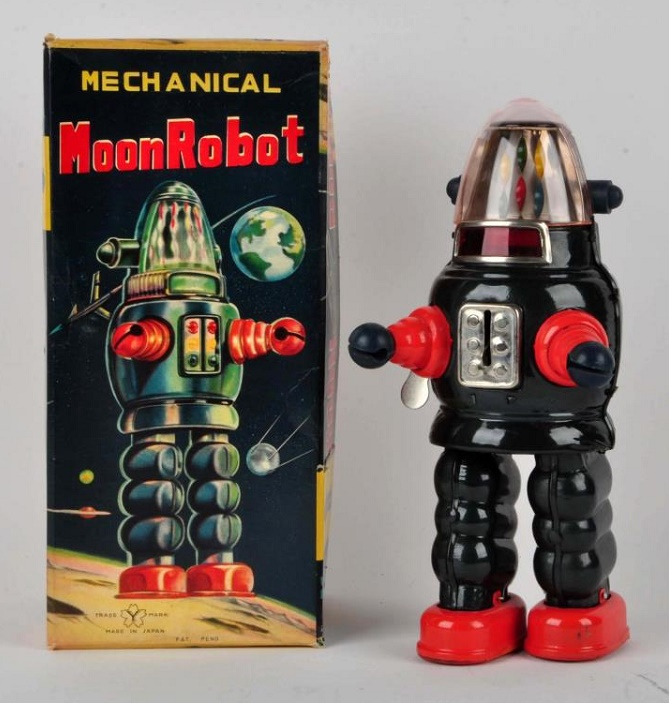 Japanese robots and antique dolls will be amongst the highlights of the upcoming Morphy Auctions vintage toy sale in Denver.
The company will present more than 1,200 carefully-curated lots as part of its first major toy sale of 2016, scheduled for March 4-5.

Amongst the major highlights is a collection of rare antique glass marbles, including a very rare Shrunken Core Onionskin with Floating Mica Panels, a Rare Open Panel Onionskin with a Mica Core, and a Rare Large Two Color Banded Lutz Marble.

One of the sale’s most important and historic pieces will be an exceptional Queen Anne doll dated circa 1720. Described as "unquestionably one of the finest wooden dolls of its type to come to market in memory", the 17" tall doll glass has remained in a private collection since the 1980s, and is now expected to sell for $40,000-$60,000.

Other notable examples from the doll section will include a trio of First Series Portrait Jumeau Bebes, each valued at $6,500-$9,500.

"We are all very excited about this upcoming sale, our first premier toy event for 2016," says Tommy Sage, Jr., Head of Morphy Auctions’ Toy & Train Division. "This is a particularly strong event for those collectors with an eye for fine toy cars, vehicles, and trains, with our selections across those broad categories second to none."

"We aim to offer a great selection of the most desirable doll brands and makers, so that every collector can find something that calls to them," adds Jay Lowe, Morphy Auctions’ Head of Doll Division. "I am particularly drawn to this sale’s great range of Jumeau Bebes on offer, as well as the Queen Anne doll as well. I am positive you will find a few new favorites as well!"