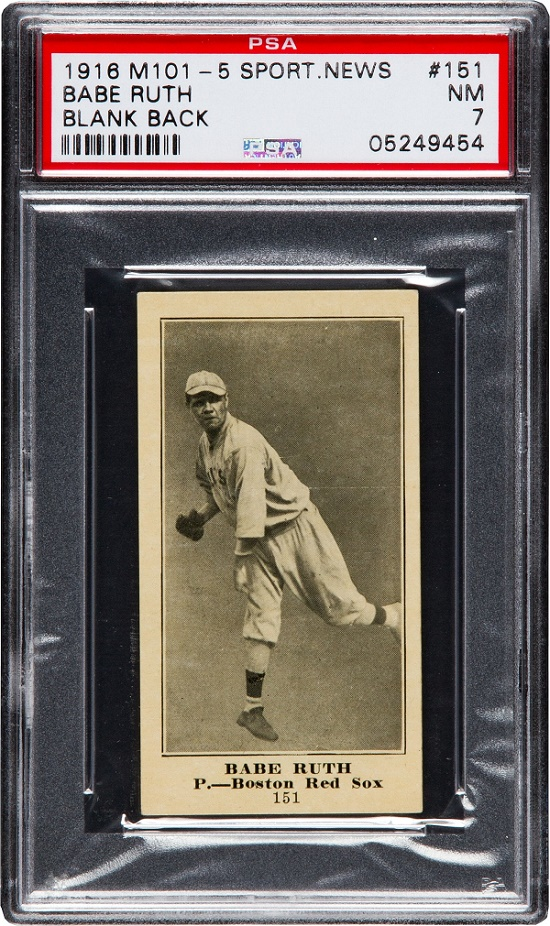 Two of the world’s most valuable baseball cards will lead a sale of sports memorabilia at Heritage Auctions this month.
First up is a Babe Ruth rookie card, dating from his first professional Major League season with the Boston Red Sox in 1916.

The 1916 M101-5 Blank Back Sporting News Babe Ruth Rookie #151 card depicts Ruth as a skinny young pitcher, rather than the big-boned batting legend who would dominate the game for years to come.

Regarded by some experts as perhaps "the most important baseball card on the planet", the Ruth rookie on offer is also one of the best-known examples – graded PSA NM 7, with only four cards in the world graded higher.

The card comes with an estimate of $600,000+, but the auction house describes it as "a monumentally important and desirable relic that seems undervalued at any six-figure price tag" – so a $1 million+ result could well be a possibility.

The second card features one of the very few players who can stake a claim for Ruth’s title as the greatest of all-time: Willie Mays.

The Say Hey Kid’s stats put him up there with the best, and this 1953 Topps Willie Mays #244 card could also see him join the exclusive seven-figure club.

The card on offer is the only example in the world given the perfect grade of PSA Gem Mint 10, making it as fresh as the day some lucky kid pulled it from a pack more than 60 years ago.

Just two earlier Mays cards are regarded as significant to the hobby as the 1953 Topps card: the 1951 Bowman card from his National League Rookie of the Year season, and the 1952 Topps card, issued in a year his playing career was interrupted by the Korean War draft.

Of those, only the latter has a single-known Gem Mint 10 example, and there’s nothing to suggest it’s heading for auction block any time soon.

Mays didn’t play a single MLB game in 1953, when this card was originally issued, but he returned in 1954 with spectacular results – winning the World Series and the National League MVP Award, as well as completing ‘The Catch’, one of the most famous defensive plays in baseball history.

This unique card, featuring a unique player, is expected to sell for upwards of $800,000 when it crosses the block at the end of this month. 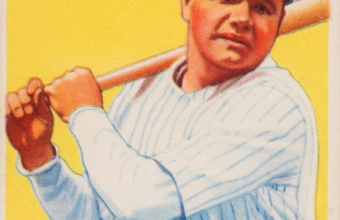