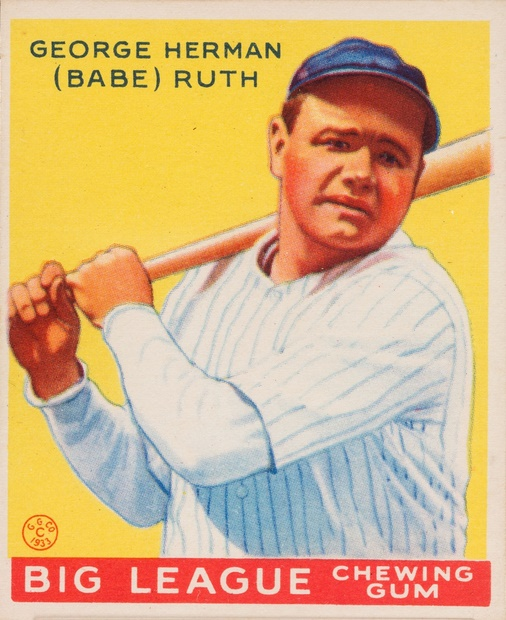 A remarkable set of pre-war baseball cards is set to bring almost $1 million at Heritage Auctions later this month.
The online-only sale will offer one of the world’s finest-known registry sets of 1933 Goudey Gum cards, the first set of baseball cards ever offered in packs of gum.

As well as ushering in the Bubble Gum Era of card collecting, the 1933 Goudey set is today considered one of the hobby’s ‘Big 3’ sets, along with the American Tobacco Company’s pre-WWI T206 set and the classic 1952 Topps set.

The set featured many of baseball’s most iconic early figures, including Babe Ruth and Lou Gehrig, as well as the retired Hall of Famer Napoléon Lajoie who featured on card #106, which was not issued in gum packs and was only available via mail in 1934.

"This is one of the finest assemblies of this beloved 240-card masterpiece," said Chris Ivy Director of Sports Auctions at Heritage Auctions. "Our consignor cut no corners in piecing together this set. Even the ultra-rare Napoleon Lajoie card is present, and the 241st lot of the auction is an uncut sheet which includes the sought after yellow Babe Ruth."

The set includes four different Ruth cards, with estimates on the rare quartet ranging from $25,000 up to $80,000.

Further top lots will include the Napoleon Lajoie card, valued at $75,000+; a Lou Gehrig card estimated at $30,000+; a card featuring New York Yankees catcher Benny Bengough, estimated at $25,000+; and the highest-graded card for Hall of Fame pitcher Dazzy Vance, valued at $12,000+.

"It’s been a more than a few years since many of these low-population commons have appeared in such high grades," said Ivy. "We fully expect that the upper echelon of pre-war trading card collectors will respond enthusiastically to this offering." 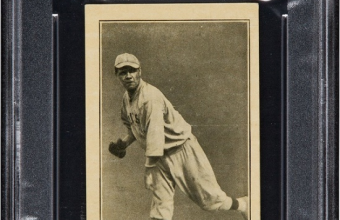