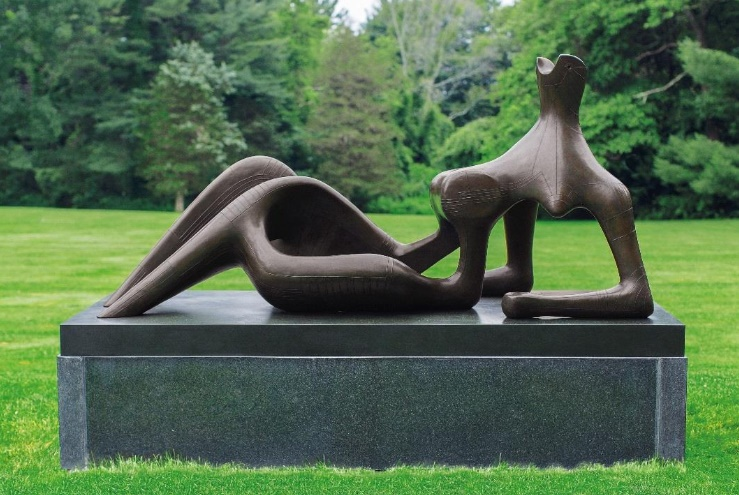 A major masterpiece by British sculptor Henry Moore could sell for up to £20 million ($28.9 million) when it goes under the hammer in London later this month.
The sculpture will be amongst the leading lots of the Christie’s ‘Defining British Art’ sale, which will commemorate the auction house’s 250th anniversary.

‘Reclining Figure: Festival’ was commissioned by the Arts Council of Great Britain in 1951 for the Festival of Britain.

It was then exhibited on the newly-built South Bank in London, as a symbol of British ingenuity and inventiveness in the wake of WWII.

Perhaps understanding the importance of the work before it even existed, Moore commissioned film-maker John Read to record every stage of its creation, from its conception to its realization.

Just five bronze casts of the work were created from Moore’s plaster original. The first of these was the sculpture exhibited on the South bank, with further examples currently owned by the Scottish National Gallery of Modern Art and The Musée National d’Art Moderne in Paris.

"Reclining Figure: Festival is one of the great masterpieces of Moore’s oeuvre and is arguably his most masterful and elegant sculptural synthesis of form and space," said Cyanne Chutkow, Christie’s Deputy Chairman of Impressionist & Modern Art.

"Privately held in an American collection for almost a half century, this work is a testament to the owners’ discerning and sophisticated artistic sensibility."&nbsp;