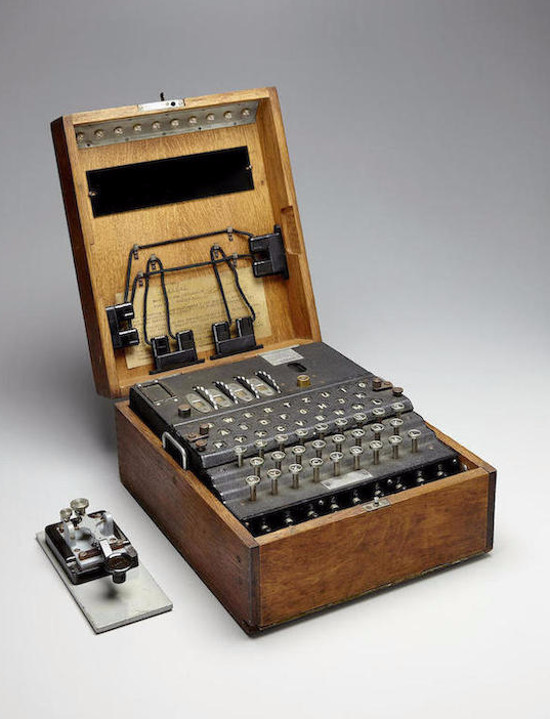 A German M4 naval Enigma machine has sold for a record $463,400.
It smashed the previous record for an Enigma machine, set at $350,000 for another M4 specimen last year.

The system allows users to communicate over long distances via heavily encrypted code. It was developed long before the war but came into its own as a Nazi communication tool.

As the war ground on the Nazis produced a range of variants, of which the M4 was the most fiendishly complex.

It was used exclusively to communicate with U-boat crews.

The M4 first appeared in 1942 and caused huge problems for the British codebreakers at Bletchley Park, as it included an extra rotor and a completely new style of code.

They referred to it as SHARK and spent around nine months cracking it.

When they did, it allowed the allies to start to pick off the submarines that had been preying on allied shipping in the Atlantic since the beginning of the war.

This is partly why M4s are so rare.

They were usually destroyed by the crew before the U-boats could be breached. &nbsp;

"Most of the 120 or so M4 Enigma machines known to have survived are in museums or in government hands so this was a rare chance to acquire one of the very few still available.

“I am, of course, delighted to have broken our own world record."