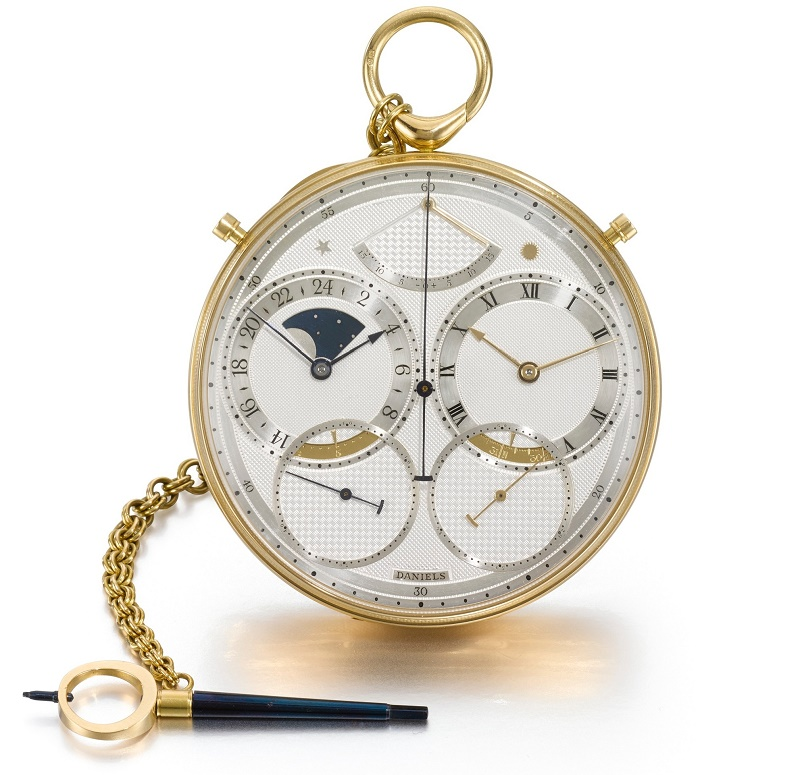 A pocket watch made by the celebrated horologist George Daniels has sold for a world record price of £3.2 million at Sotheby’s.
The timepiece, known as the ‘Space Travellers’ watch, became the most valuable English watch in auction history when it crossed the block in London this week.

Before the sale, the previous record price had been £1.3 million – set by the very same watch, when it sold back in 2012.

George Daniels (1926-2011) is regarded as the most important watchmaker of the 20th century.

He created the ‘Space Travellers’ watch in 1982, and for years wore it as his own personal dress watch at formal occasions.

The watch was one of only two examples Daniels ever made, and featured both mean-solar time and sidereal times (meaning it could set the time by the Earth’s distance from the stars, as well as its motion around the sun).

He also built the timepiece to include a glazed case back, so that the highly complex mechanism could clearly be viewed.

"It is not possible to overstate the importance of George Daniels’ contribution to horology," said Daryn Schnipper, Senior Vice President and Chairman of the International Watch Division.

"Despite having only ever made a relatively small number of timepieces in his lifetime, Daniels’ work and his legacy continue to be critical to the craft of watchmaking.

"The landmark price achieved today is both a tribute to Daniels’ genius and the supreme quality of this watch. The `Space Travellers’ watch is no doubt one of Daniels’ finest timepieces and one can only be mesmerised by the beauty of its dial and the complexity and wonder of its movement."