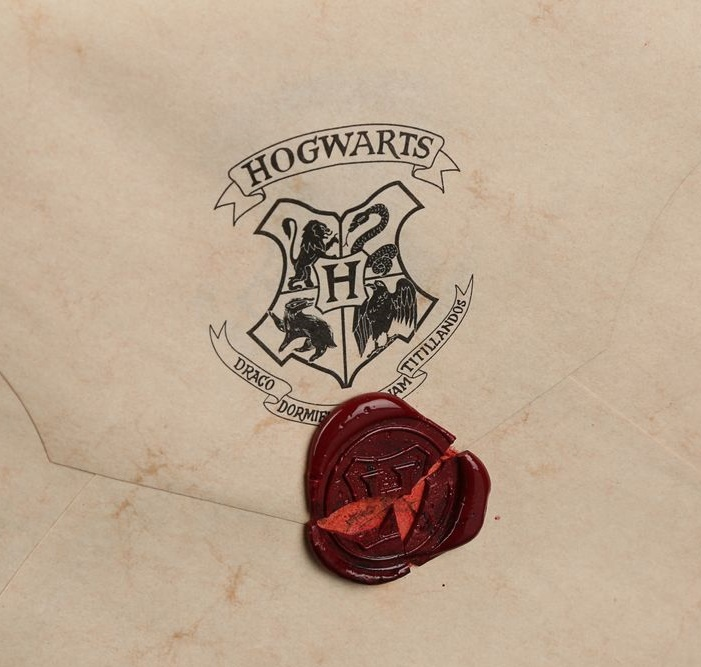 Harry Potter fans now have the chance to pick up their very own magical invitation to Hogwarts.
This Hogwarts acceptance letter, which appeared in Harry Potter and the Philosopher’s Stone, is going up for auction in London this month with The Prop Store.

In the film’s early scenes, the letter is delivered to Harry via owl post, addressed to "The Cupboard under the Stairs, 4. Privet Drive, Little Whinging, SURREY".

Although Harry’s Uncle Vernon attempts to prevent him from receiving his invitation to study at Hogwarts, he’s finally buried beneath a flurry of hundreds of magical envelopes.

Unlike the vast majority of those printed envelopes, the example offered by the Prop Store includes a real red-wax Hogwarts seal, and is held by Daniel Radcliffe in a close-up shot.

The auction will also offer another famous prop from the Harry Potter films – an original ‘Howler’ envelope.

The red envelope, complete with its handwritten letter and a wax Weasley family seal, appeared in the second movie in the series, Harry Potter and the Chamber of Secrets.

The magical shouting envelope delivers itself to Ron Weasley, and contains an angry letter from his mother, who is furious that Ron and Harry stole a flying car to get to Hogwarts in time for the new term.

Handled on-screen by Rupert Grint, the letter was originally donated to a charity auction by the Warner Bros. studio, and is also estimated to sell for £3,000 – £5,000.

In addition, the sale includes rare items of memorabilia presented to the cast and crew who worked on the films.

The Prop Store sale takes place at the BFI IMAX cinema in London on September 26.