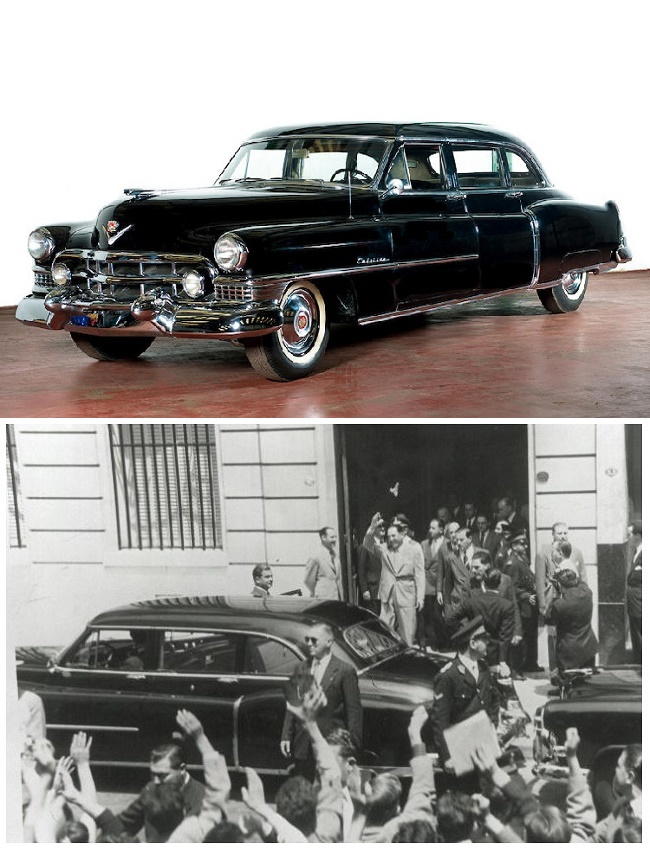 A Cadillac once owned by Argentina’s iconic First Lady Eva Perón will be offered for auction at Bonhams this weekend.
The 1951 Cadillac 75 Limousine was used as official transport for President Juan Perón and his wife, affectionately known as ‘Evita’, for state functions.

Throughout her time as the nation’s First Lady, from 1946 until 1952, Eva Perón became a champion of working class people and a strong advocate for women’s rights. Having founded the country’s first significant women’s political party, the Female Peronist Party, she was an active campaigner until her death from cancer at the age of just 33.

The Argentine Congress bestowed up her the title of "Spiritual Leader of the Nation", and she was granted a state funeral, an event usually reserved solely for heads of state.
Perón’s life was later dramatized by Andrew Lloyd Webber and Tim Rice in the hit musical Evita, which also inspired the 1996 musical film for which Madonna won her first Golden Globe award.

According to Bonhams, "Head-of-state limousines are offered for sale only rarely, and the opportunity to own this unique Cadillac, associated with one of the most turbulent periods of South American history, is very special and should not be overlooked."