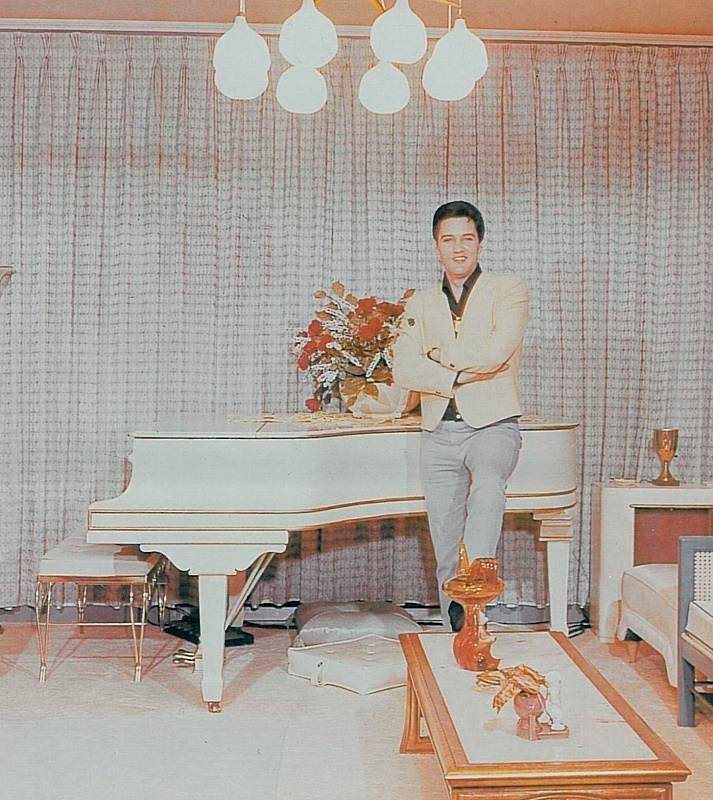 Elvis Presley’s white piano, which famously sat in his music room at Graceland, is now up for sale on eBay.
The white Knabe grand piano was one of Presley’s most treasure instruments, and is expected to sell for more than $1 million in the charity sale which runs from August 10 – 20.

A portion of the proceeds from the sale will benefit the Starkey Hearing Foundation, an organization which provides hearing aids to those in need around the world.

“We’re thrilled to be included in the Elvis White Piano event, as the proceeds will allow us to give hearing aids to people in need so they can enjoy music and other beautiful sounds and connect with the world around them."

Since the 1930s the piano had originally stood on stage at the Ellis Auditorium in Memphis, which had welcomed performers such as Duke Ellington, Count Basie and Cab Calloway.

As a young boy Elvis had stood in back, watching gospel performers at revival shows and hearing the piano ring our across the auditorium.

When the venue was remodelled in 1957 the instrument came up for sale, and even though Elvis could have afforded any piano on the planet, this one held a special place in his heart.

It took pride of place in his music room at Graceland for 12 years, where he regularly jammed with friends and fellow musicians.

In 1965 Elvis invited news photographers into his home for the only time in his life, and posed for numerous photos seated at the piano.

In 1968, as a present for their first wedding anniversary, Elvis’ wife Priscilla presented him with his late mother’s old grand piano, which she had recovered in gold leaf.

Presley then placed his white piano into storage, where it remained until 1976, when his father Vernon sold it to local recording studio owner Ted Sturges.

Over the next five years it was used to record more than 50 albums, including several by Elvis’ former Sun records label mate Jerry Lee Lewis.

Having spent the past 20 years in private ownership, the historic piano comes to the market with a potentially record-breaking price tag.

The world record price for any item of Elvis memorabilia currently stands at $600,000, set back in 2015 by the very gold piano which replaced it in Graceland.