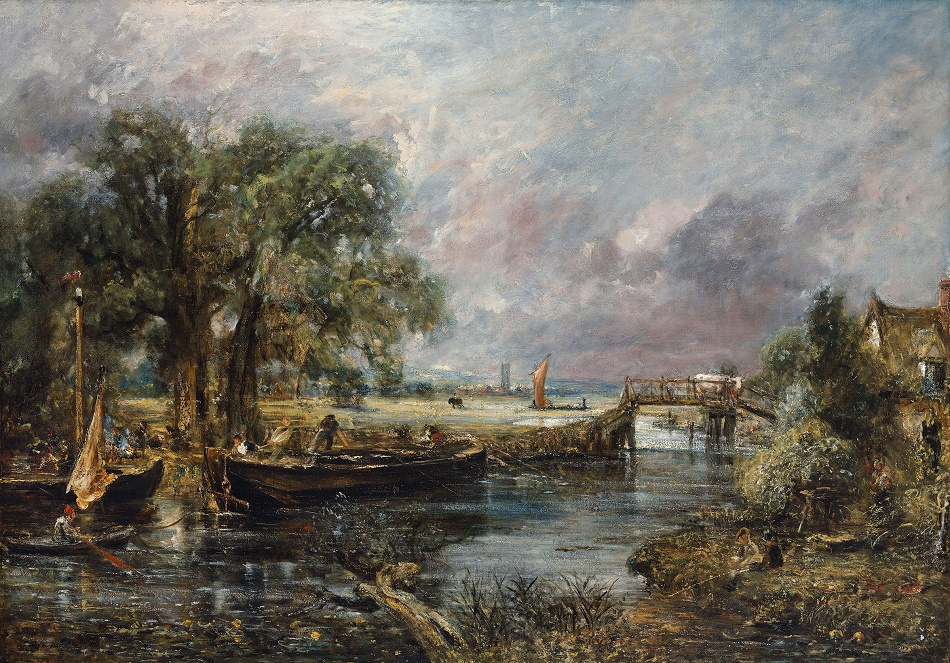 A six-foot masterpiece by the English landscape painter John Constable will be offered at Christie’s in London next month.
‘View on the Stour near Dedham’ is one of Constable’s full-size ‘sketches’, with the finished painting based on the sketch currently owned by the Huntingdon Library in California.
Described as "a work of genius", the pioneering painting is expected to sell for $17.6-$23.5 million.

At the peak of his career, Constable painted a series of large landscapes known as the ‘Six Footers’ which he exhibited at the Royal Academy between 1819 and 1825.

The works, which include The White Horse and The Hay Wain, are amongst the most celebrated in British art history. Almost as famous, and perhaps ever more fascinating, however, are the series of full-size ‘sketches’ he produced in preparation for these grand paintings.

"In his celebrated series of full-scale sketches Constable gave full rein to his artistic expression, freed from the necessity to work on a high level of ‘finish’ in the manner contemporary taste demanded," said John Stainton, International Director and Head of British Old Master Paintings at Christie’s.

"Kenneth Clark, Director of the National Gallery 1934-1946, for good reason described them as ‘the greatest thing in English art’."

The work offered at Christie’s is the last of these magnificent sketches to remain in private hands. Painted circa 1821-22, it depicts a stretch of the River Stour upstream from Flatford Mill and Lock, looking towards Flatford footbridge, with the tower of Dedham church visible in the distance.

It was last offered for sale publically by the auction house in 1883, and has since passed privately through major collections for more than a century.

It will now cross the auction block on June 30, as part of Christie’s 250th anniversary Defining British Art sale.

"Not since Constable’s Lock have we had the opportunity to work with a painting of this calibre by one of the titans of British painting," said Jussi Pylkkänen, Global President of Christie’s International.

"To stand in front of this expansive work, is to understand why the great British modern painters and even the French Impressionists revered Constable as their spiritual mentor. Constable famously said that ‘Painting is but another word for feeling’ and later that ‘I do not consider myself at work unless I am before a six-foot canvas’.

"Visitors to Christie’s in June will be able to see a rarely exhibited masterpiece by Constable which perfectly describes his passion for paint and his ability to paint dramatic landscapes on the grand scale."