A white suit worn by KFC founder Colonel Sanders could be yours this month, unless you’re too chicken to bid on it.

Harland Sanders had lived a remarkable life before he ever sold a piece of fried chicken.

Having left home at 13, Sanders worked a number of jobs including steam engine stoker, insurance salesman and ferry boat operator.

He also briefly served as a lawyer, once attacking his own client in court, and lost numerous other jobs for brawling and belligerence.

But he was nothing if not determined, and in 1930 he struck fried gold.

Whilst working as the owner of a Shell Oil service station in North Corbin, Kentucky, he began selling chicken to his customers, using his living room as a makeshift restaurant.

He was then involved in a gun battle with the owner of a nearby gas station, during which a Shell Oil official was killed, and his rival was incarcerated for murder.

Suddenly free from competition, business boomed, and he became a local celebrity.

By 1940 Sanders had perfected his “Secret Recipe” for frying chicken in a pressure fryer, and in 1952 he sold the franchise for the recipe to a restaurant owner in Utah.

When chicken sales tripled, Sanders knew he was onto something, and began travelling the country selling the rights to his recipe.

The Kentucky Fried Chicken company was born, and by the mid-1960s there were 600 locations across the U.S, Canada, Jamaica and The U.K.

Although Sanders sold his business in 1964, he remained a brand ambassador – even though he regularly criticized changes to KFC food, and once described the gravy as tasting like wallpaper paste.

To this day Sanders is the face of the company. Dressed in his iconic white suit, with a goatee beard and a black string tie, he remains every inch the Kentucky Colonel.

Sanders had received the honorary title back in 1935 from Kentucky governor Ruby Laffoon, and by the 1950s he was known to his employees simply as ‘The Colonel’.

For the last 20 years of his life Sanders always wore his white suits in public, choosing woollen suits for the winter months and a lighter cotton version for summer.

The woollen suit offered at Julien’s was made for Sanders in May 1980, just a few months before he died on December 16 at the age of 90.

It was discovered in the closet of his former home in Mississauga, Ontario, Canada, and is likely one of the last suits he ever wore. 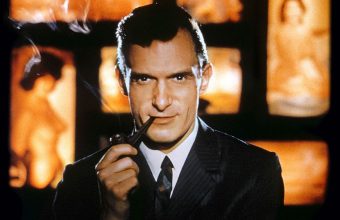 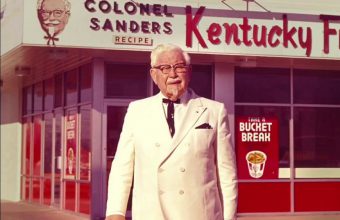 Colonel Sanders’ white suit up for sale at Heritage Auctions