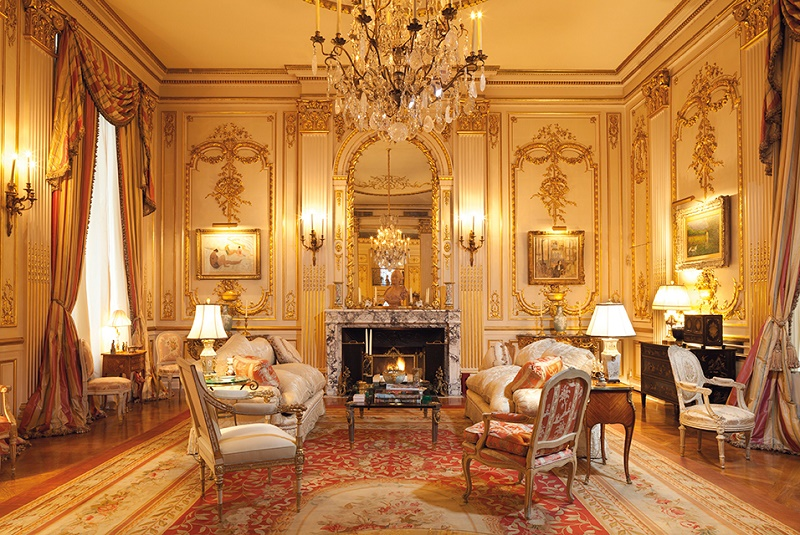 Christie’s has announced it will sell pieces from the collection of the late comedienne Joan Rivers later this year.
The auction will offer paintings, furniture and decorative arts from Rivers’ spectacular Manhattan Penthouse, with a portion of the proceeds benefitting the charities God’s Love We Deliver and Guide Dogs For The Blind.

Rivers had lived in the palatial, 11-room Upper East Side apartment for more than a quarter of a century, filling it with a remarkable collection of period antiques. Following her death in 2014, the apartment was sold for $28 million.

Further highlights will include the Tiffany silver water bowl which belonged to Rivers’ beloved dog Spike, unique stage-worn costumes created by designer Bob Mackie, and jewelry by the likes of Cartier, Van Cleef & Arpels and Harry Winston. More than 200 items will be offered during a live auction, with a further 80 to be sold in an online-only sale, with estimates ranging from $500 up to $200,000

“The sale at Christie’s this June offers a ‘through the keyhole’ experience for fans across the globe to see and buy items from my mother’s amazing Manhattan penthouse," said Melissa Rivers.

"The auction celebrates her elegance and collecting style. My mother’s legacy as a much loved comedienne and philanthropist will be commemorated in this collaboration with Christie’s and her generosity to charitable causes is something I will continue in her honor – part of the proceeds of the sale will go towards supporting God’s Love We Deliver and Guide Dogs For The Blind which are both close to my heart."

The live auction takes place at Christie’s in New York on June 22, with further lots offered in the online sale which runs from June 16-23.