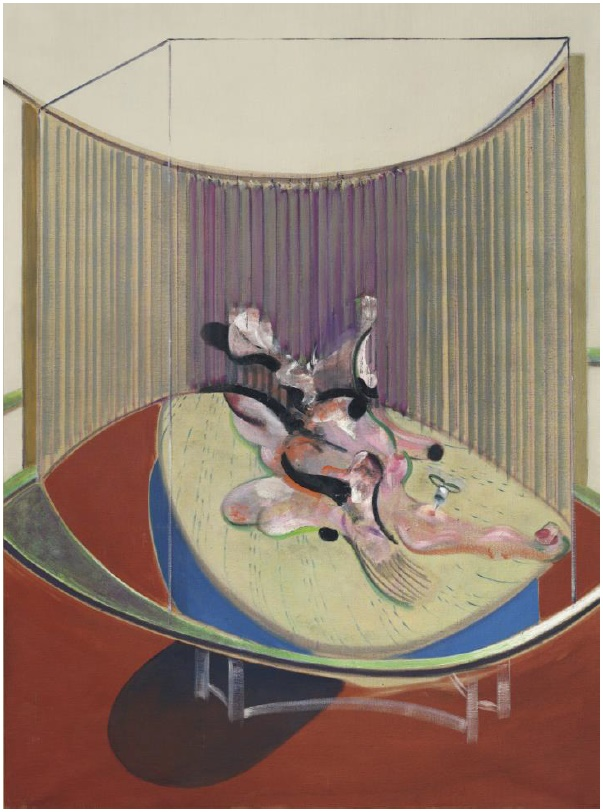 According to Christie’s, each of these three works "defines a high point in the artists’ careers at moments when their invention established them as innovative geniuses of their generation".

Leading the trio is Francis Bacon’s ‘Version No. 2 of Lying Figure with Hypodermic Syringe’, a "landmark" work painted in 1968. The female nude portrait is a late entry into Bacon’s famous series depicting figures reclining on beds, and is based in part on a photograph of his close friend Henrietta Moraes.

The work is one of a handful depicting figures with syringes painted in the 1960s, with other examples currently owned by Museo Nacional de Arte Reina Sofia in Madrid and the Fondation Beyeler in Basel. Formerly the centrepiece of the celebrated Vanthournout collection, the artwork is now expected to sell for in the region of £20 million.

The second new addition to the sale roster is The Garage, a highly important work by Stanley Spencer painted in 1929. The painting, which depicts a scene from a car manufacturing plant, was part of a series commissioned by the Empire Marketing Board on the theme of Industry and Peace.

Described as "one of the finest works by Spencer from this period to come to auction", the painting is being offered by the Andrew Lloyd Webber Foundation to raise funds for arts and education projects, and comes with an estimate of £1.5-£2.5 million.

The third work is Industrial Scene, a sweeping and highly detailed urban landscape by L.S Lowry, featuring his trademark factories, towering chimney stacks and scurrying figures. Painted in 1951, the work will be offered with an estimate of £1.5-£2.5 million.