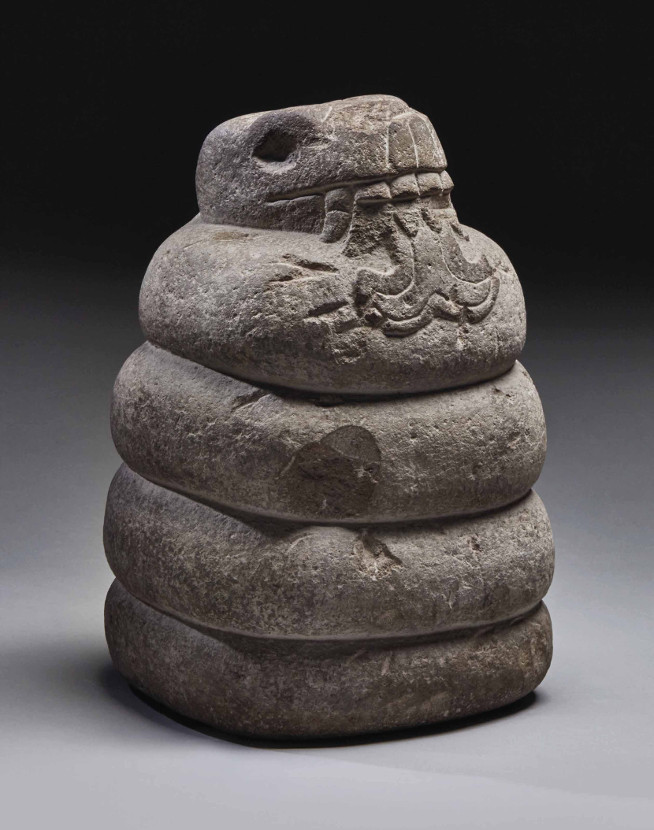 Christie’s will host a fascinating single owner collection of unique Mezcala, Chontal and Olmec artefacts in a Paris auction on April 9.
Titled Quantum of History: the Prigogine Collection, the sale will feature treasures from the collection of Russian chemist and Nobel laureate Ilya Prigogine and wife Maryna.

The pair started building their unique collection in the 1960s, with an emphasis on religious artefacts.

Among the stars of the sale is a circa AD 1400-1520 Aztec serpent figure carved from basaltic andesite, a type of dark volcanic rock found in Central and South America.

That dates it to around the time of the Spanish conquests. The serpent was a central symbol in Mesoamerican mythology, representing the animist form taken by the plumed serpent god Quetzalcoatl. The piece is valued at around $154,000-216,000.

Little is known about the Mezcala people, who inhabited a small region of south-western Mexico, although there was definitely a trading and cultural relationship with the nearby city of Teotihuacan. The Aztecs (AD 1300-1521), occupying the same region 1,000 years later, would venerate Mezcala artwork. Excavated specimens were stored at the great temple in the capital city of Tenochtitlan.

The sculpture is of high quality, with exquisitely minimal rendering of features, and extremities reminiscent of the work of 20th century modernists. This piece and others like it did in fact have a huge impact on the development of art history, inspiring figures like Picasso and Giacometti.