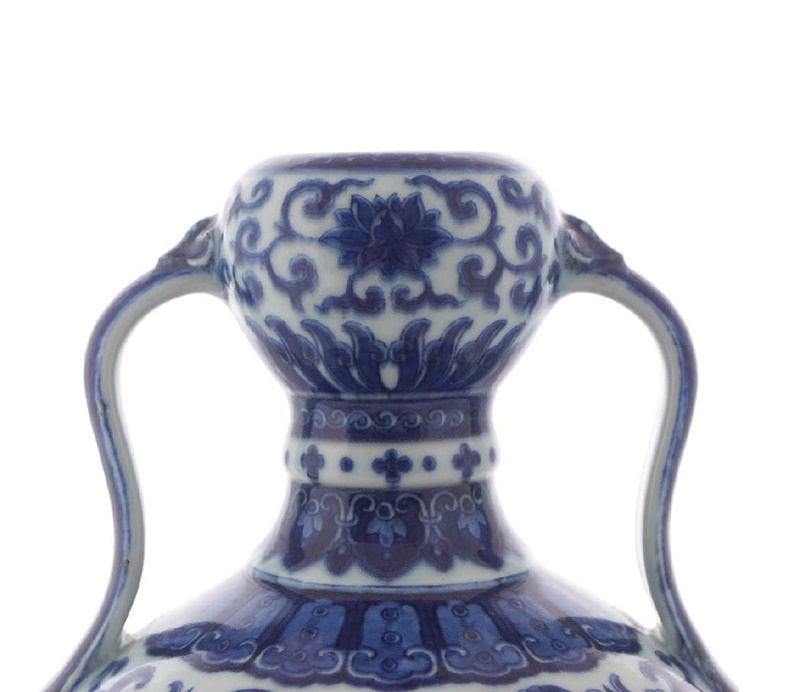 An antique Chinese vase has smashed the Irish auction record for a work of art, after sparking a global bidding war between collectors.
The vase was offered at a Sheppard’s auction in Durrow, Co Laois on Saturday (June 17), where it sold for €740,000 ($828,260) – an incredible 925 times more than it was expected to fetch.

According to the auctioneer, the consignor wished to remain anonymous, but was shocked by the result.

"His reaction was silence for a little bit and he said to me that his expectation was to get €800 for it," said Mr Sheppard.

The blue and white porcelain vase, with scroll handles and a hand-painted floral and shou decoration, featured the mark of the Qianlong Emperor on the base.

"It’s an imperial piece – it would have been part of the collection of Emperor Qianlong and his dates range from 1711 to 1799," said Sheppard. "This would have been a gift from the Emperor to some working person."

The Qianlong Emperor ruled over China from 1735 until 1796, and was the sixth emperor of the Qing Dynasty.

The country thrived throughout his reign, and he was renowned for his enormous art collection.

The Qianlong Emperor also assembled an Imperial workshop filled with the country’s finest artisans and craftsmen, and today items bearing the Qianlong mark are amongst the most sought-after by collectors of Chinese artworks.

The previous Irish auction record for a work of art was set back in 2012, by another Chinese Qing Dynasty item which surpassed all expectations at Sheppard’s.