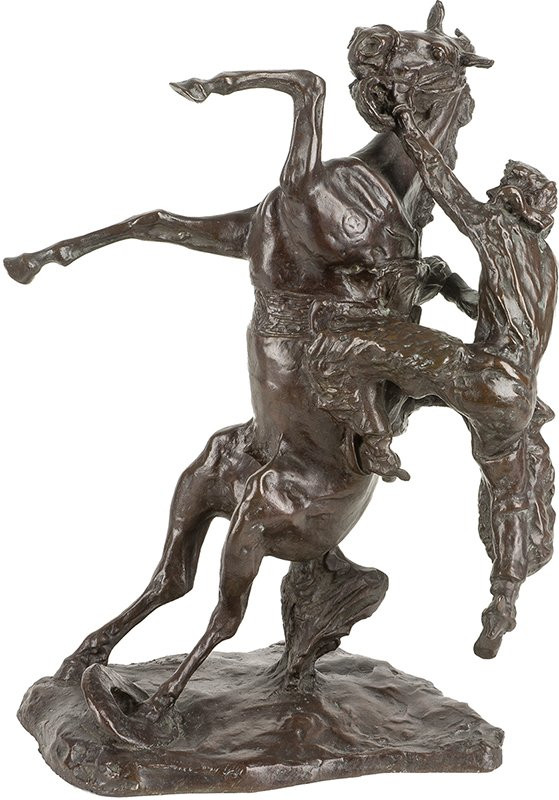 A sculpture by renowned Wild West artist Charles Marion Russell will cross the block at Altermann Galleries and Auctioneers.
The lot, titled When the Best Riders Quit, is expected to make around $200,000-300,000.

It shows a rider being thrown from a horse and is one of the artist’s best known sculptures.

Russell’s wife Nancy explained: “The old time cowpuncher knows his horse and it was often a battle of wits when he was ‘breaking’ him to ride.

“This horse is making a fight and is figuring on landing on his rider. This rider is thinking, too…”

The auction house explains: “When Charles M. Russell: Sculptor was published in 1994, Stewart speculated, based on research, that approximately fifteen casts of Where the Best of Riders Quit were cast in the Russells’ lifetime. The present offering adds another casting to the latter group.”

The piece shows a Native American warrior and was executed in 2003.

Coleman is another artist working in the wild west tradition. He is best known for his bronze figures of settlers and natives, which have a strong following.

Harvey is an impressionist painter born in 1933 who remains active to this day. He specialises in nostalgic scenes of American life.