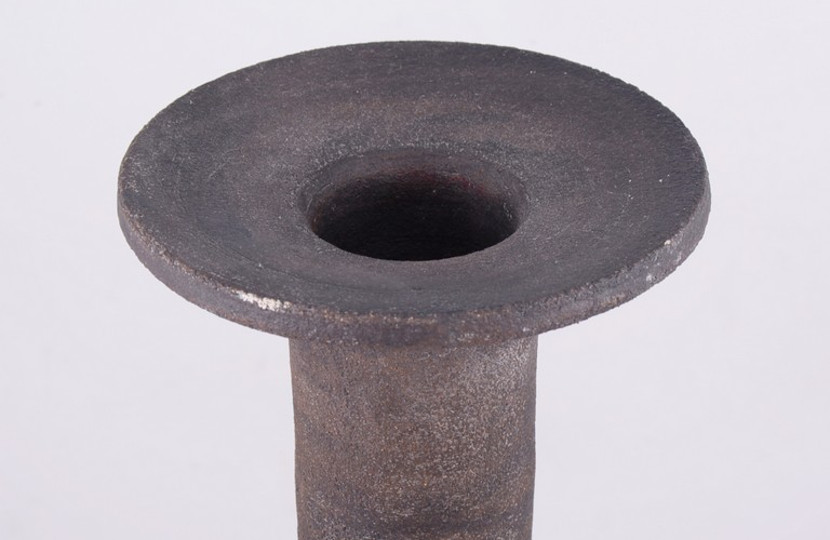 It turns out the vase was made by the celebrated maker Hans Coper, whose work graces some of the world’s most important collections. The piece was made sometime during the 1950s and resembles closely another held in the Victoria & Albert Museum in London.

The owner only realised she might have something valuable on her hands after researching the maker’s mark on the bottom of the vase.

Will Gilding, head of Gildings Auctioneers, told the BBC: “My vendor is flabbergasted that a vase she has lived with for all these years on her floor, with children playing around it, and the vacuum cleaner bumping against it every week, has raised so much money.

“Because of her eagle eye all those years ago, her retirement is starting off just that little bit happier.

“One of the great car boot treasure tales to be retold for years to come, I’m sure.”

On your way to a flea market or car boot sale this weekend? Then you’ll want to keep an eye out for Hans Coper’s mark.

This has been something of a bumper week for finds of rare ceramics. A Chinese vase discovered in a French attic has turned out to be a Qing dynasty treasure worth upwards of $590,000. It will cross the block at Sotheby’s on June 12.