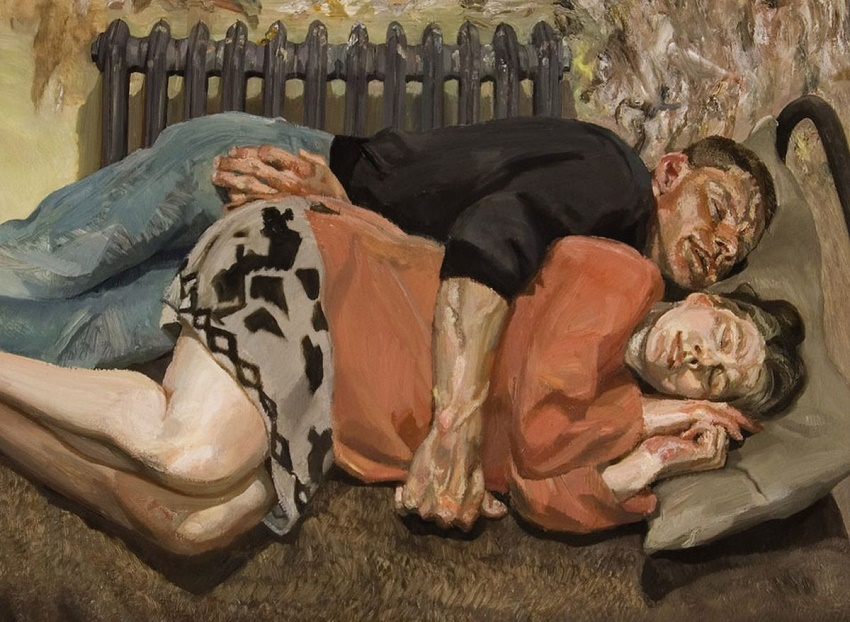 Leading the sale is Lucien Freud’s intimate work ‘Ib and Her Husband’, a portrait of the artist’s pregnant daughter Isobel Boyt and her partner Pat Costelloe painted in 1992.

The work is characteristic of the close bond Freud formed with his daughters later in life, having been largely absent from their lives during their early childhoods. The portrait has previously been exhibited in Europe and the U.S as part of the major retrospective ‘Lucian Freud: Recent Work’ (1993-4), and is expected to achieve a price in the region of £18 million ($26.2 million).

Another important work on offer is Golden Hours, painted in 1864 by Frederic, Lord Leighton, and described as "a pivotal masterpiece of British Aestheticism". As one of the few major Leighton works remaining in private hands, the painting will be offered for sale for the first time in 100 years with an estimate of £3-£5 million ($4.36-$7.27 million).

Also amongst the highlights will be Portrait of Lucy Long, Mrs George Hardinge by Sir Joshua Reynolds, P.R.A., regarded as one of the finest works by the artist to come to the market in a generation. Never previously offered for sale, the portrait by the first President of the Royal Academy is valued at £2-£3 million ($2.91-$4.36 million).

"A fitting launch to Christie’s 250th Anniversary celebrations in London and inspired by James Christie’s own innovative spirit, the sale and exhibition will create dynamic juxtapositions and, we hope, inspire artists and collectors of the future.

"Open to all, I would like to encourage not only those who are already friends of Christie’s but also those we have yet to welcome, to share in these celebrations and become part of our next chapter, looking ahead to the next 250 years and beyond.”

The Defining British Art: Evening Sale takes place in London on June 30, with a corresponding loan exhibition running from June 17 until July 15.