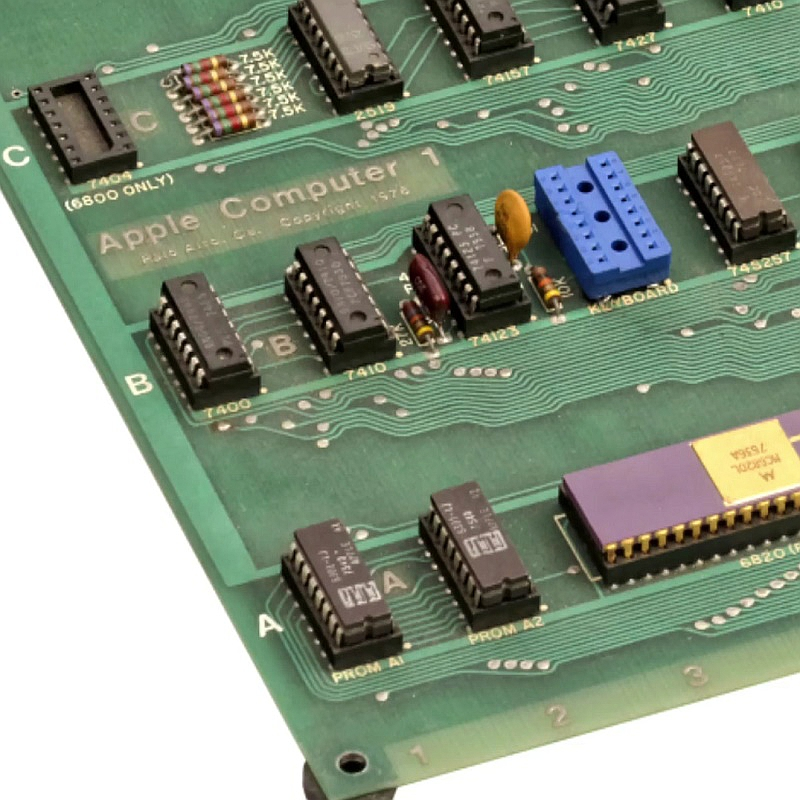 A highly rare, fully working Apple 1 computer could fetch more than $300,000 when it comes up for auction later this year.
The groundbreaking computer, which marked the birth of Apple, Inc. and the home computer market, will be offered for sale by Auction Team Breker, a German company which specializes in technical antiques.

The multi-billion dollar Apple empire began life in the summer of 1976, as company founders Steve Jobs and Steve Wozniak sat assembling computers by hand in a Palo Alto garage.

They produced 200 examples of the Apple-1, with around 100 sold to The Byte Shop computer store and the rest directly to enthusiasts.

The computer offered at Auction Team Brekker was originally purchased by a computer engineer from Berkeley, California, and has remained in his collection ever since.

It comes complete with an archive of documents, including the original operation manual, circuit diagrams, the receipt for the motherboard and cassette interface, and even a letter from Apple Customer Service refusing an upgrade to Apple-II.

According to the official Apple-1 register, just 60 of the original computers have survived to this day, and only eight are in full working order.

This example, serial number 01-0073, is one of them, and is logged as the fourteenth in the register.

The auction house has described the computer as "the best-preserved example of an Apple-1 computer to appear on the market", and expect it to sell for between $190,000 and $320,000.

The Apple-1 will be sold during an auction of technological firsts, which also includes a highly rare Rasmus Malling-Hansen’s ‘Writing Ball’, the world’s first commercially produced typewriter built in 1867.

The Auction Team Breker sale takes place on May 20.