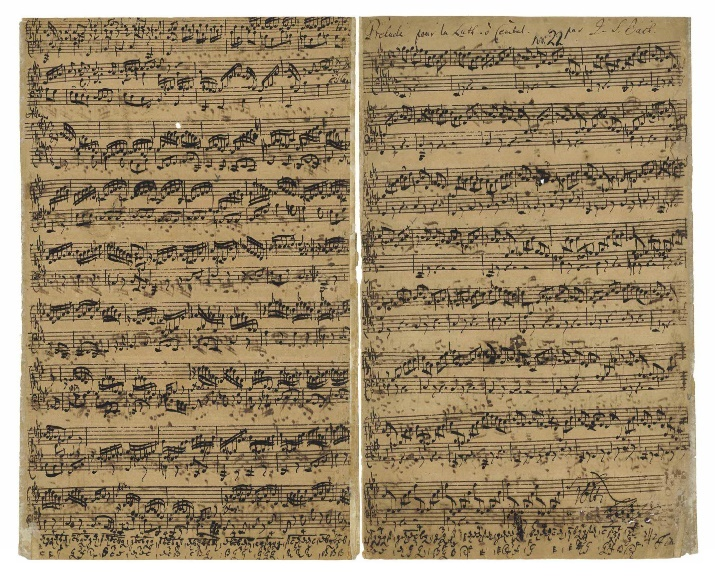 A remarkably rare musical manuscript by Johann Sebastian Bach has sold for a record sum in London.
The hand-written composition was the star lot of the Christie’s Valuable Books and manuscripts sale, which realized a total of £6.97 million ($9.22 million).

The piece, entitled ‘Prelude, Fugue and Allegro for lute or keyboard in E flat major, BWV 998, n.d.’, was composed by Bach circa 1735-40, whilst he served as the cantor of the St. Thomas Church school in Leipzig.

The manuscript captures Bach in the moment of creation, writing down the piece of music for the very first time. Although he usually planned the layout of his manuscripts carefully, here the last 19 bars are crammed onto the bottom of the first and fourth pages as he ran out of space mid-composition.

The vast majority of Bach’s musical manuscripts are owned by the Staatsbibliothek in Berlin, with around 40 complete examples held elsewhere. Of these, it’s believed just ten remain in private hands, with only two featuring instrumental works by the composer.

The highly rare manuscript offered at Christie’s was the first of its kind to hit the auction block since the 1960s, and exceeded its high estimate to sell for £2,518,500 ($3,344,568) – the highest price ever paid for a Bach manuscript.

The auction in London also saw another achieve a seven-figure sum – a copy of the 17th century work Hortus Eystettensis by Basilius Besler, described simply as "the greatest flower book in the world".

Published in Nuremberg in 1613, the newly-discovered first-edition copy of the book featured 366 engraved, hand-coloured plates, along with additional original drawings not found in other examples of the book. Believed to originate from the collection of Dr Giovanni Faber (Bamberg 1574-1629), professor of medicine and director of the papal botanical garden, the book sold for £1,930,500 ($2,563,704).