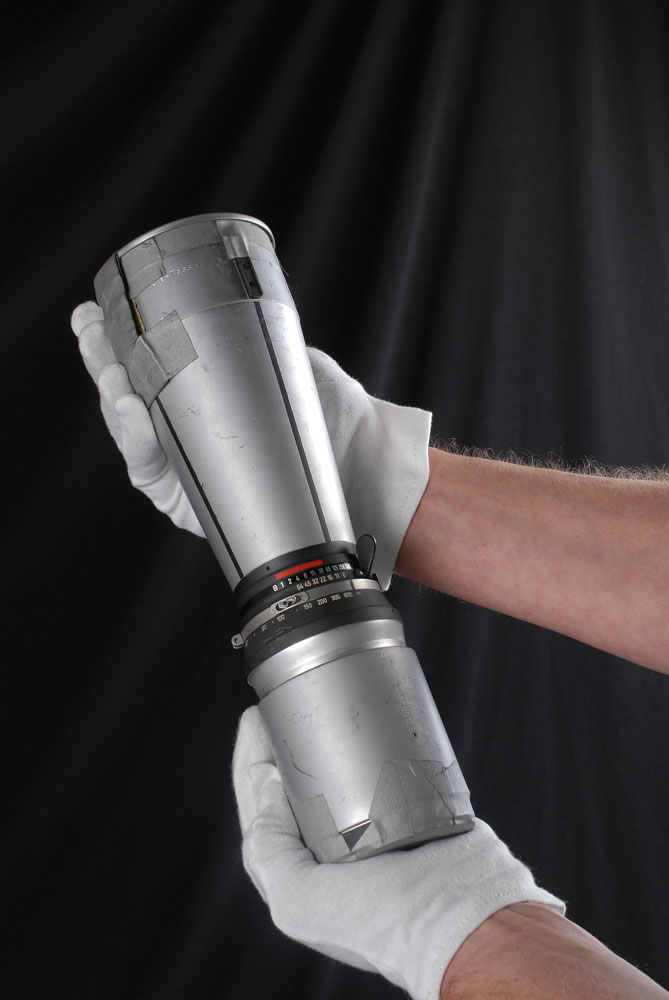 A camera lens used on the moon could sell for more than half a million dollars at auction later this month.
The unique Zeiss Tele-Tessar 500mm f/8 lens was used along with a Hasselblad camera during the Apollo 15 mission in 1972, the ninth mission in the Apollo program and the fourth to land astronauts on the lunar surface.

During the mission’s planning stage, Commander David Scott lobbied for new equipment which would allow the crew to capture better images of the moon’s geological formations. The result was this lens, built by German optical manufacturer Carl Zeiss AG, which was specially designed to be operated wearing pressurized space suit gloves.

Scott used to take 293 photographs during four lunar surface EVA excursions, including close-ups of distant formations which were too far away to reach during the mission, along with many whilst in orbit around the moon.

The lens and camera took a beating during the excursions, and the lens comes complete with the tape used to repair it, which still contains samples of lunar dust.

Following his return to Earth, Scott was given the lens by NASA as a memento of the mission and it has remained in his personal collection ever since. It will now cross the block at RR Auction, where it’s expected to sell for $400,000-$600,000.

Back in October 2015, RR Auction set a new world record price for astronaut memorabilia, when the Bulova wristwatch worn by Scott on the lunar surface sold for $1.6 million.

The RR Auctions Space and Aviation sale runs online from April 14 until April 21.