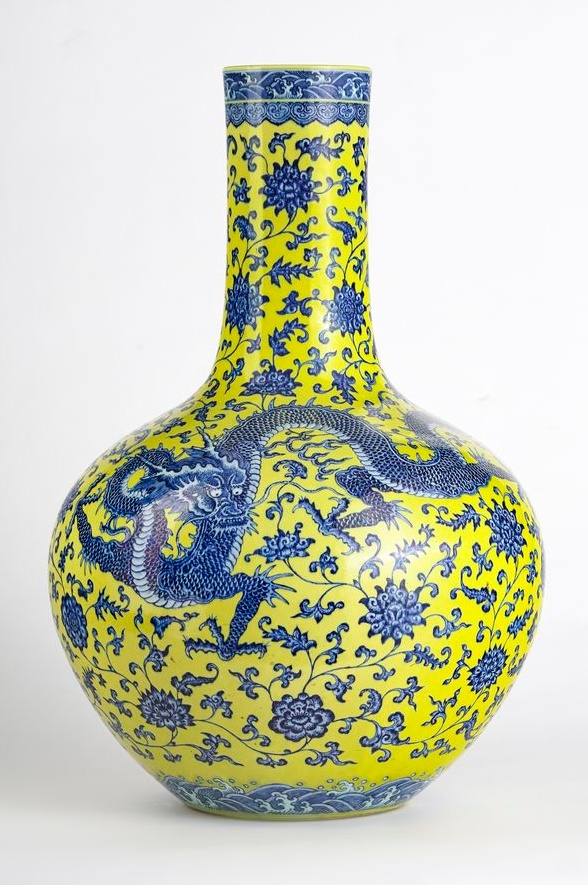 An antique Chinese vase has shocked auctioneers in Switzerland, after it sold for 10,000 times its estimate.
The 2ft tall vase, featuring three blue dragons on a yellow background, was offered for sale at the Geneve-Encheres auction house in Geneva.

The auction catalogue listed the vase as dating from the 20th century, but also stated that it included a mark from the 18th century Qianlong period.

However, it seems that at least two Asian collectors believed the vase to be an original piece, likely made in the Imperial workshops of the Qianlong Emperor.

With one bidder in Geneva and the other on the telephone, the price shot up in front of a startled auction room, until the hammer finally came down at a remarkable CHF5 million ($5.13 million) – 10,000 times its original estimate.

Including buyer’s premium, the final price reached CHF6.08 million ($6.1 million), which according to reports is the highest price ever paid in Geneva for an auction lot excluding rare watches and jewelry.

And perhaps most famously, a 16-inch Qing dynasty vase from 1740 that was discovered in a London attic sold at Bonhams in 2013 for £25 million.