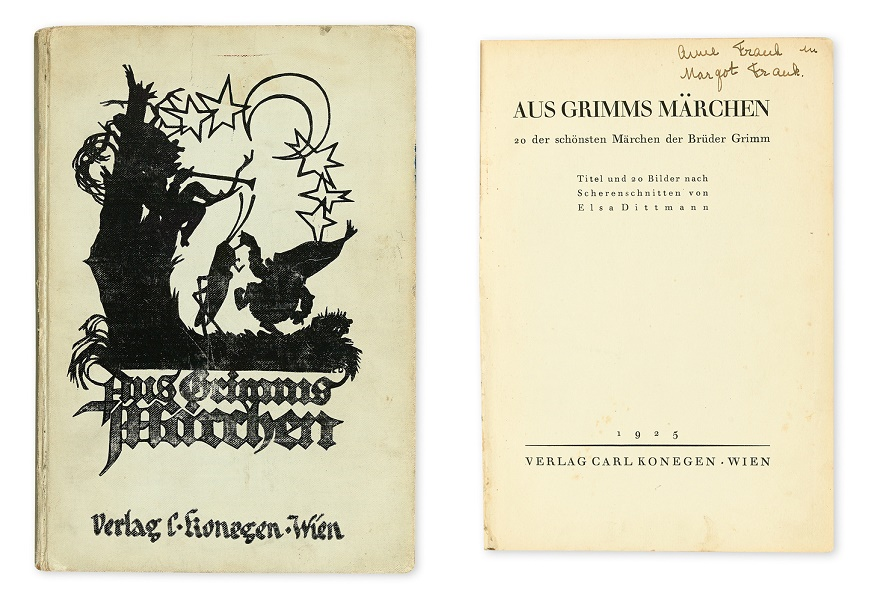 A vintage book of Grimm’s Fairy Tales once owned by Anne Frank will be offered for sale in New York by Swann Galleries later this year.
Frank’s teenage diary, which documents her Jewish family’s plight during WWII, was discovered after the war and has since become one of the world’s biggest-selling books, with translations into 60 different languages.

The fairytale book was amongst the possessions which the family left behind in their apartment, when Nazi persecution forced them into hiding in a secret annexe behind a bookcase in Otto Frank’s place of business.

It bears the signature of Frank, along with the name of her sister Margot, both of whom tragically died at the Bergen-Belsen concentration camp in 1945, after the family’s hiding place was discovered in 1944.

The book itself eventually found its way to a second book store in Amsterdam’s Runstraat, where it was purchased soon after the war by a local couple. It wasn’t until decades later in 1977 that their children discovered Anne’s signature and realized the significance of the book. They then sent a heartfelt letter about the book to Otto Frank, the sole surviving member of the Frank family, who was moved by their correspondence and suggested they keep it for their own children.

The book will now be offered for sale for the first time, with an estimated value of $20,000-$30,000, and is the first major item of Anne Frank material to appear on the open market for two decades.

Personal items relating to Anne Frank have rarely appeared at auction, with one of the last notable sales coming in 1988, when a set of letters from Anne and Margot to their American pen-pals sold at Swann for $165,000.

Further standout lots from the sale will include a signed photograph of Native American Blackfoot chief John Two Guns White Calf, believed by many to be inspiration for the design of the Buffalo Nickel; an etching of Albert Einstein, signed by both the physicist and the artist Hermann Struck; and a wealth of material from US Presidents, world leaders, scientists, authors and entertainers.

The Swann Galleries Autographs sale takes place in New York on May 5. 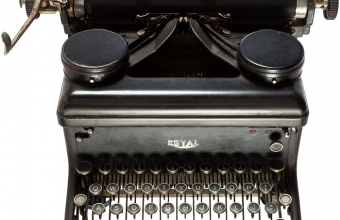