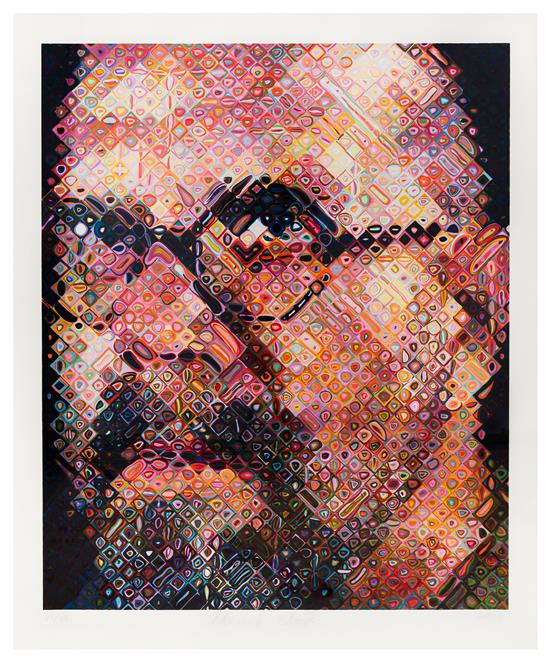 Works by major American artists past and present will lead a series of upcoming sales at Leslie Hindman Auctioneers in Chicago.
Later this month the company will host sales of Post War and Contemporary Art, Fine Prints and American and European Art, with a particular focus on American artists across all three auctions.

Leading the American and European Art sale is ‘Smith Silo’ by the American abstract painter and lithographer Ralston Crawford. Inspired by the agricultural surrounding of Chadds Ford and Exton, Pennsylvania, where he worked from 1934 to 1939, the Precisionist painting comes with an estimate of $300-000-$500,000.

Topping the Fine Prints auction is a self-portrait by the renowned American photorealist Chuck Close, produced in 2000 in an edition of 80, estimated at $80,000-$120,000.

The sales of Post War & Contemporary Art and Fine Prints take place on May 24, followed by the American and European Art sale on May 25.