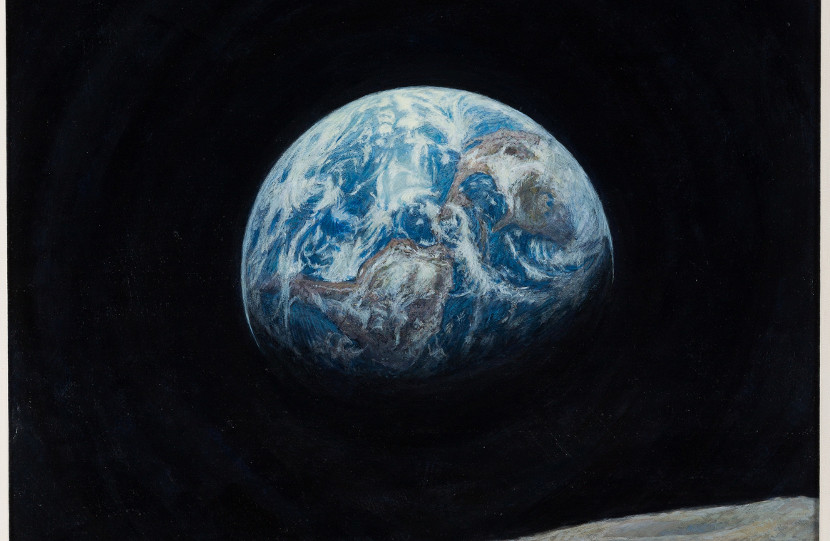 A 1983 Moon painting by Apollo astronaut Alan Bean is due to star in Heritage Auctions’ May 11 Space Exploration signature auction.
Bidding starts at $31,250, with other works from Bean’s oeuvre selling for as much as $75,000 in the past. Bean began painting while working as a test pilot in the early 1960s, finding it an enjoyable way to switch off after a long day. Since his retirement he’s used the form to capture his experiences on the Moon. The present specimen is among his earliest canvases on the subject.

Bean explains the painting in his own words: "The planet Earth seems a long way off, because it is. About a quarter of a million miles off. From the Moon, the Earth appeared as a beautiful blue-and-white marble…

"The Moon, itself, was a foreboding place when viewed from orbit. Mostly gray with stark, angular mountains and deep, rough canyons and craters. It was as if nature had pounded the Moon again and again with a big, big hammer.

"In contrast, our Earth was beautiful – all shiny and bright. It was hard to believe that everybody I had ever known – or seen on TV – and the places they lived and played were all on that little blue-and-white marble. It’s still hard to believe."

Only six specimens were made (two for each member of the crew). As the crew lineup changed at the last minute, the flown medallions were melted down on the return to Earth. This set is formed from the same metal, but features the correct crew names.