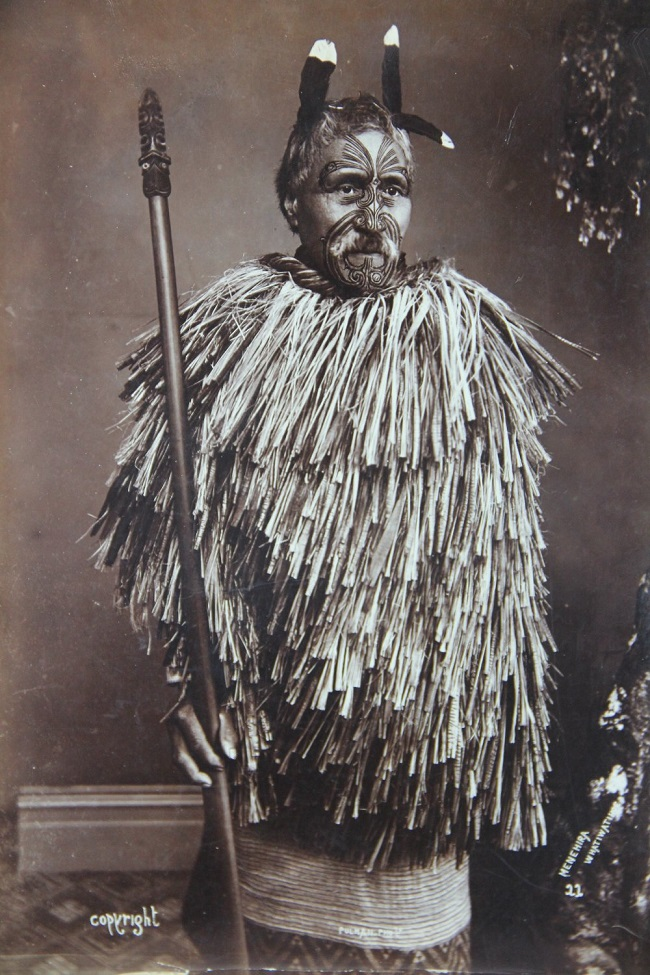 A rare collection of 19th century Maori photographs has sold for a record-breaking sum at an auction house in Shropshire.
The photographs had remained hidden in a drawer for the past 30 years before heading to auction at Trevanion and Dean in Whitchurch.

Pulman emigrated to New Zealand with her husband George in 1861, and the pair opened a photographic studio in Auckland in 1861. Although specialising in scenic photographs and landscapes, Pulmnan became fascinated with the Maori people of the North Island in New Zealand and even photographed several Maori Kings.

“It was relatively uncommon for women to take photographs, let alone work as professional photographers, we recognised the historical importance of the collection as soon as we saw it,” auctioneer Christina Trevanion told the North Shropshire Chronicle.

Although the photographs may not have made headlines in the U.K, over in New Zealand the sale was big news, and the auction house’s efforts saw a film crew flew travel 11,000 miles from New Zealand to cover the even.

Together, the photographs sold for a combined total of £18,000.

“Thanks to the effective marketing campaign we launched prior to the auction we are delighted to report that four of the images will be returning to New Zealand, with at least two of the images being secured by

Elizabeth Pulman’s descendent,” said Trevanoin. “It was the best outcome we could have hoped for.

“What made it even more special is that the Maori Society of London travelled up on the morning of the auction to bless and pray around the photographs before they were sold. It was a very emotional experience.”