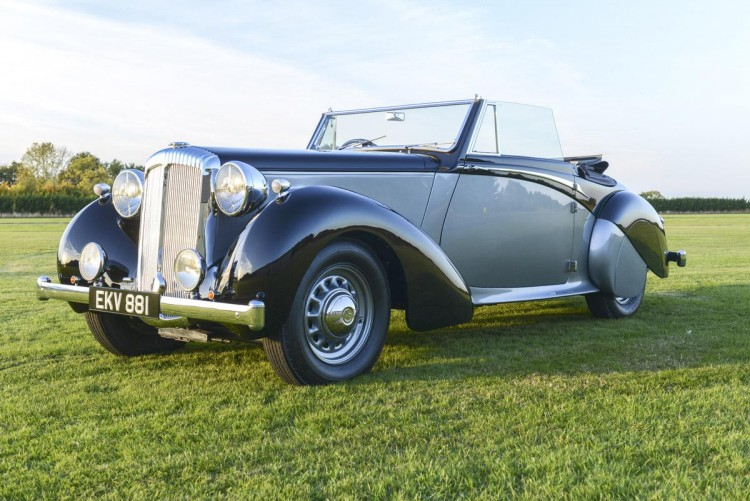 A unique car which survived WWII bombs and was later used by Winston Churchill is heading for auction next month.
The 1939 Daimler DB18 Drophead Coupé will be amongst the highlights of a Coys classic car sale which takes at Blenheim Palace, birthplace of the renowned British Prime Minister.

Prior to WWII, Daimler had planned to build 39 examples of their new DB18 model, which featured independent suspension and a larger, 2,522cc version of the overhead-valve six engine.

However, they managed to build just eight before the outbreak of the war, and the company’s factory was demolished during The Blitz, with five of those cars inside.

As one of only three examples to survive German bombing, chassis 49531 was a fitting choice to be loaned to Winston Churchill for use during his political campaigns of 1944 and 1949, in which he led the Conservative Party first as Prime Minister and then Leader of the Opposition.

The Daimler was fitted with a loud speaker system, which allowed Churchill to address the public from the rear deck as he was driven through cities around Britain, and he was photographed numerous times in the vehicle surrounded by crowds of supporters.

Daimler resumed production of the model after the war, but today chassis 49531 is the only known surviving example of a pre-war DB18 Drophead Coupé.

Having been fully restored by the prestigious Eberhard Thiesen of Hamburg, the car is a motoring treasure in its own right – but having enjoyed a role in shaping modern Britain, it’s also an important piece of British history. 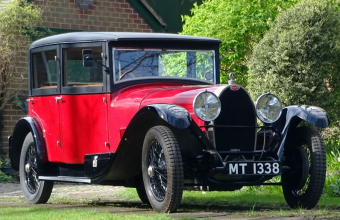 The Bugatti that survived Nazi target practice during WWII 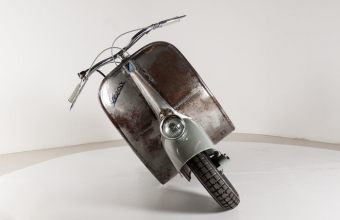 The world’s oldest Vespa scooter up for auction