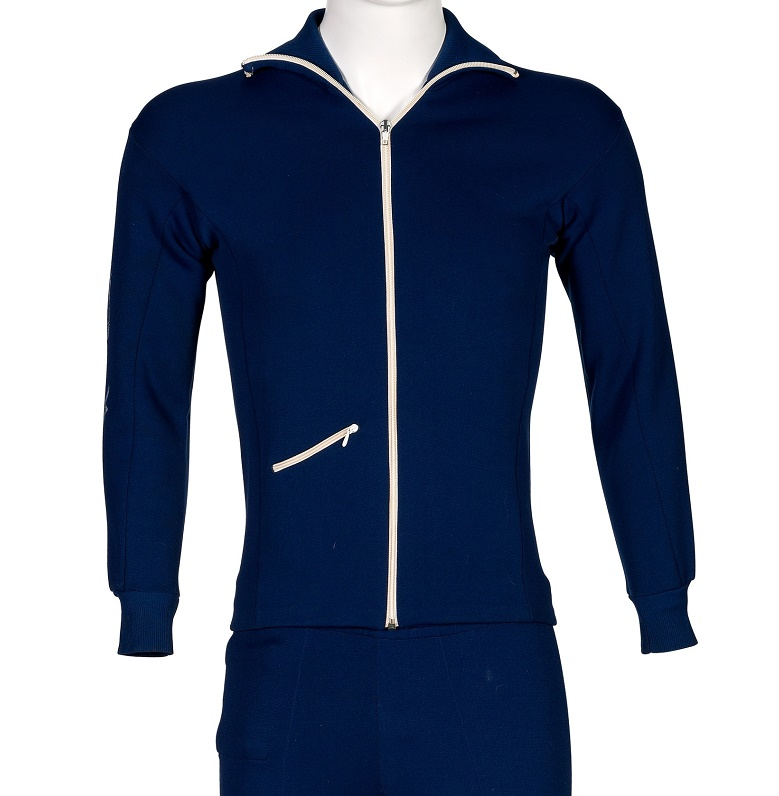 A tracksuit worn by John Lennon during a strange trip to Denmark could sell for more than $30,000 at auction in the U.S this month.
The tracksuit originates from the collection of Yoko Ono’s ex-husband Tony Cox, and is amongst the star lots in a music memorabilia sale at Heritage Auctions on June 17-18.

In December 1969, following the bitter break-up of The Beatles, Lennon travelled to Denmark with Ono to visit Cox and their daughter Kyoko.

Ono and Cox had originally married in 1963, and had collaborated as conceptual artists whilst raising their daughter.

However, when Ono met Lennon at a London art show in 1966 it had quickly spelled the end of their marriage, and they were officially divorced in February 1969.

Ono then married Lennon a month later, and began a legal battle with Cox over custody of Kyoko.

The visit to Denmark was an attempt at family reconciliation, and gave Lennon a chance to meet his step-daughter for the first (and last) time.

The pair spent a month in Denmark, living at Cox’s farmhouse in Ellidsbølvej, during which time Lennon created several tapes in which he sang songs and wrote poems with Kyoko.

They couple also radically changed their appearance by shaving their heads and wearing matching tracksuits throughout their stay.

Some claimed Cox had only agreed to let them into his house if they cut their hair; others suggested it was merely a publicity stunt, with the Daily Mirror calling it "the most sensational scalpings since the Red Indians went out of business".

Lennon said he was sick of his hair getting in his ears, and wanted to be able to travel around incognito, but few were fooled by his new appearance.

Whatever the reason, they kept the bag of shorn hair and, in a strange turn of events, later swapped it for a pair of Muhammad Ali’s bloodstained boxing shorts, in an attempt to raise money for their peace campaign.

Having returned to England in January 1970, Ono won custody of Kyoko, but Cox fled with their daughter and spent years on the run in the U.S, living with a series of religious cults and communes.

Although they made contact with Ono following Lennon’s death in 1980, it wasn’t until 1994 that mother and daughter were finally reunited.

The tapes Lennon made during his stay in Denmark were later sold by Cox in a series of auctions.

They included 25 minutes of compositional demos for the song She Said She Said, which sold at Christie’s in 2002 for £58,750; and another containing recordings of Lennon and Kyoko singing and improvising stories, which fetched £75,250.

These ‘Denmark Tapes’ are renowned by fans as offering a highly intimate insight into the personal lives of Lennon and Ono during a turbulent time in their life.

And it’s highly likely that, as Lennon sat quietly singing to his new young stepdaughter, he was wearing the very tracksuit up for sale at Heritage Auctions.

He probably had a cold head as well.