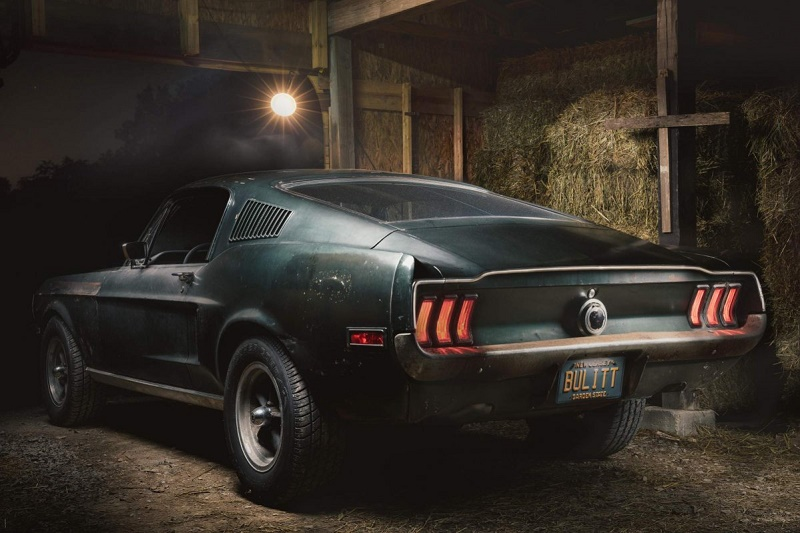 Steve McQueen’s original Mustang from the classic movie Bullitt has been rediscovered after disappearing for half a century.
The car was driven by McQueen in the film’s iconic 10-minute chase sequence through the streets of San Francisco.

After the film was released the car vanished, and spent 37 years hidden in secret storage before reappearing at a motor show in Detroit this weekend.

Regarded as perhaps the most famous ride in cinema history, the Mustang has now become one of only 21 cars listed on the National Historic Vehicle Register.

"The 1968 Ford Mustang Fastback is associated with one of the most epic stars in film history and an automotive chase scene that helped propel McQueen to perpetual stardom," said Mark Gessler, President of the Historic Vehicle Association.

"From our vantage point it is among the most important automotive artifacts of the twentieth century. It has the incredible combination of Hollywood royalty and decades of an honest family’s ownership and the secret that engulfed its mystery.

"As it is revealed today, it marks a moment on this 50th anniversary for America to look back at a time when McQueen and a 1968 Mustang Fastback could captivate popular culture."

Two Mustangs were used during filming of the sequence, a ‘hero’ car and a ‘jump’ car.

The badly damaged ‘jump’ car performed the majority of the stunts, and was rediscovered in 2016 after spending decades in a New Mexico junkyard.

The ‘hero’ car was the example driven by McQueen himself, and its whereabouts had remained a mystery until now.

"For decades, our car has been the subject of numerous rumors, myths and dead-end searches," said owner Sean Kiernan.

"These stories evolved and took on a life of their own and the car became something of a holy grail in the old car world – waiting to be rediscovered."

Following the end of shooting the Mustang was sold to a police detective from New Jersey, who drove it for several years before listing it for sale in the October 1974 issue of Road & Track magazine.

Just one driver responded to the advert, insurance executive and Mustang fanatic Robert Kiernan, who bought it to serve as his own family car.

For years it was driven to work by his wife Robbie, a third grade teacher, who rolled up to school each day in a muscle car with a roaring exhaust.

"God only knows what those kids must have thought," said Kiernan. "Mom must have been pretty cool."

In 1977 the family were contacted by Steve McQueen himself, who had tracked down the whereabouts of the car and wanted to buy it back.

Despite several offers, Robert Kiernan politely turned the Hollywood star down, and the Bullitt Mustang remained part of the family.

In 1981 the Kiernans finally bought a more practical family car, a Plymouth Horizon, and the Mustang was placed into storage.

For decades it remained hidden away as the family moved to a farm in Cincinnati, and fast horses replaced fast cars as Robert Kiernan’s main passion.

"After Steve McQueen passed, hunting for the Bullitt Mustang intensified," said Keirnan. "While the car was decidedly not for sale, it simply became a project dad didn’t have time for. Gradually, it became our family secret out of necessity."

Robert and his son Sean eventually began restoring the Mustang together in 2001, but due to commitments on the family farm the project was slow going.

Robert Kiernan sadly passed away in 2014 without ever driving the car again, and Sean made it his personal mission to complete the project he started with his father.

He rebuilt the engine, replaced the carpet and added a new period-correct steering wheel, but left everything else virtually untouched.

"The workmanship is all mine, as it was mine to do alone as homage to my father and the family secret I had internalized. No artificial ‘patina’ has been added – all the new parts can be plainly identified. The car is honest and that’s the way I wanted it."

Having kept the family secret for decades, Keirnan finally revealed the existence of the Bullitt Mustang to experts back in 2016.

They verified its authenticity, and it has now been recognized as one of the country’s most historically significant automobiles.

The car made its public debut this week at the North American International Auto Show in Detroit, to celebrate the 50th anniversary of the film and launch the all-new Ford Mustang Bullitt.

With its existence confirmed, experts are already speculating on what the car would fetch on the open market.

As one of the most iconic and recognizable vehicles of the 20th century, the Bullitt Mustang has been valued at around $5 million.

But as a treasure pieced of family history, and a bond between a father and son, the car is virtually priceless. 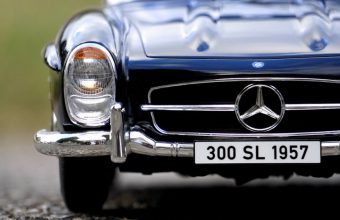