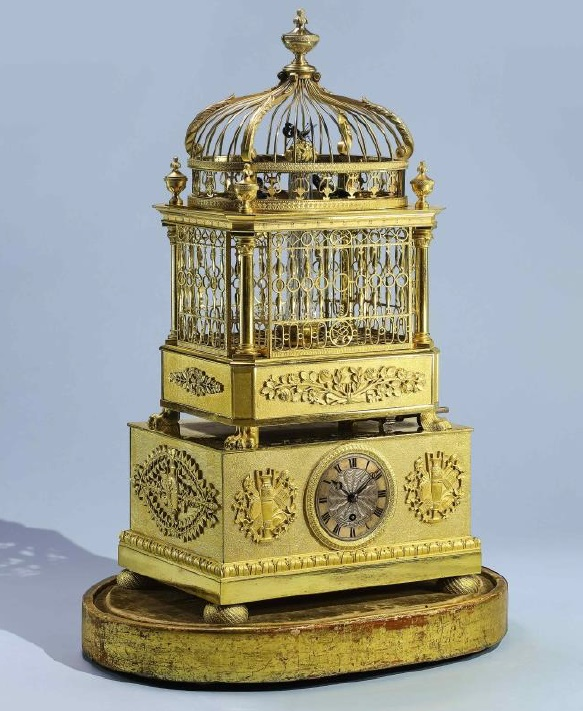 A stunning Swiss musical bird cage automaton will be one of the highlights of Sotheby’s forthcoming Important Watches sale in Geneva.
The highly rare automaton clock is a remarkable example of 19th century craftsmanship, with its inner workings representing the most advanced horological complications of the age.

Built circa 1825-1830, the automaton features two mechanical singing birds which mimic canaries and nightingales, with their birdsong reproduced by a elaborate system of bellows, whistles and cams.

It also features an animated fountain and a butterfly which flaps its wings, all set on an ornate cage of chiselled golden bronze, with four lion paw-shaped feet upon a pedestal clock.

Concealed within the base is a music box which plays three melodies, including ‘Der Jägerchor’ (The Huntsmen’s Chorus) by composer Carl Maria von Weber.

The supreme rarity and detail of the automaton clock is sure to attract international attention, and it’s expected to sell for $411,000-$825,000.

"It is truly an honour to have been entrusted with such an extraordinary timepiece for our upcoming auction of Important Watches," said Pedro Reiser, Department Manager of Sotheby’s Watch Division in Geneva.

"This wonderful automaton is a rare find – all the more exceptional because it features an automated butterfly. Records suggest that only one other double-bird cage clock with an automaton butterfly is currently known. We are delighted to be able to present this exquisite creation, which would be equally at home in the collection of a connoisseur or in a museum."

The Sotheby’s Important Watches sale takes place in Geneva on Saturday May 14. 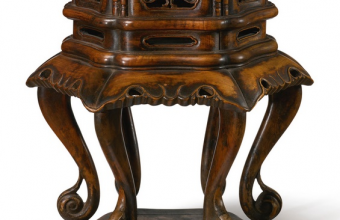 Sotheby’s to sell Chinese furniture from the Richard Fabian Collection