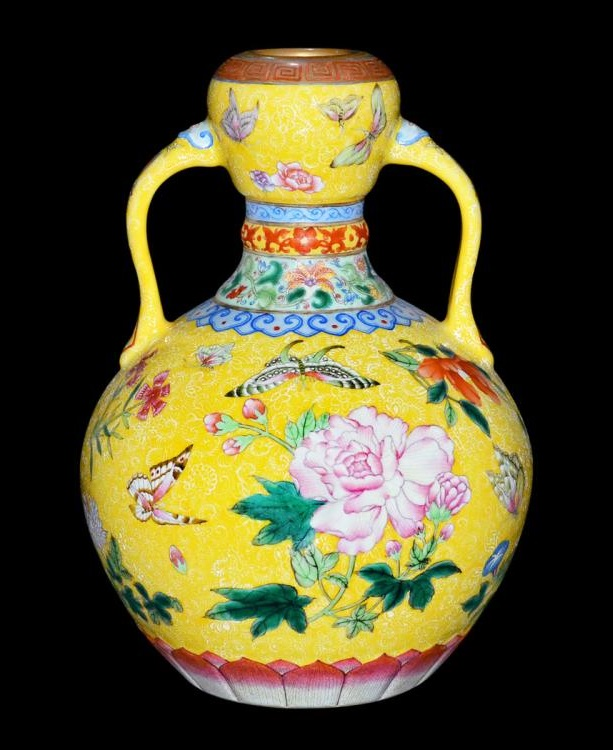 A highly rare Qing Dynasty vase looks set to bring an eight-figure sum this month, as part of Gianguan Auctions’ forthcoming Asian Art sale in New York.
The Fine Chinese Paintings and Works of Art Auction on March 19 will offer more than 250 lots, from hanging scrolls and works on paper to ceramic works spanning centuries of craftsmanship.

Delicately enamelled with peony blooms on leafy stems, and surrounded by fluttering butterflies below ruyi heads and floral scrolls, the decoration is an example of supreme craftsmanship, which is also reflected in the pre-sale estimate of $10-$18 million.

Further highlights from the Chinese ceramics section include a pair of Qing Dynasty, Qianlong mark red glazed vases decorated with gold moulded birds, valued at $60,000+; a Qing Dynasty, Yongzheng period famille rose wine cup, decorated with Luohans on undulating clouds with bats in flight above them, estimated at $50,000-$80,000; and a Qing Tibetan-style floral-decorated Benbahu ewer, expected to sell for more than $150,000.

Leading the fine paintings is a delicate Southern Song hanging scroll by Yan Ciping, after Tang, Han Huang’s Five Cattle, estimated at $2-$5 million; a Northern Song ink-on-paper work featuring a bird on a twig by Song Huizong, valued at $850,000-$2 million; and a Qing Dynasty hanging scroll depicting birds on a rock by Zhu Da (Bada Shanren), valued at $300,000-$400,000. 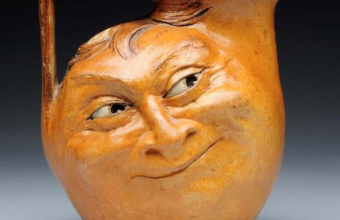