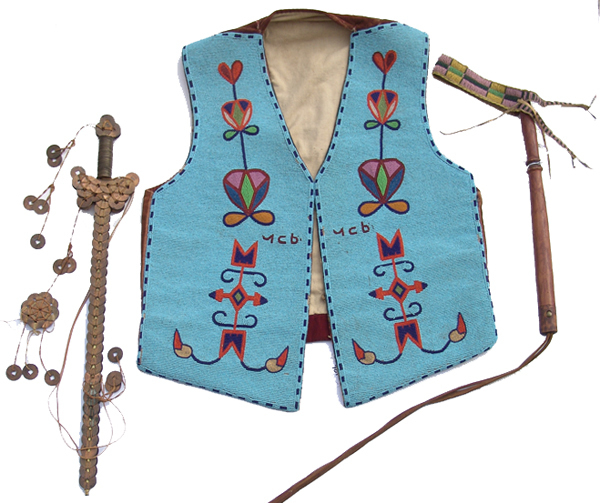 “Big Spring Phoenix will be packed this year with a famous collection out of Santa Fe, a great collection of Anasazi pottery, a private collection of Zuni bolo ties and concho belts, a private Katsina doll collection, and fine California, Southwest and Northwest Coast baskets,” said Steve Allard of Allard Auctions, Inc., based on the Flathead Indian Reservation in St. Ignatius, Montana.

“There really will be something for everyone in this sale, at price points that will appeal to the novice collector to the serious and seasoned veteran.”

Amongst the leading lots will be a&nbsp; historic, fully-beaded Cree-made Native American Hopi vest with traditional floral motif, made circa-1900. The vest was originally owned by the famous Hopi ‘Judge Hooker’ Hongeva, who served as Chief and Mayor of Sichimovi in 1902, and is expected to sell for $10,000-$20,000.

The auction takes place at the Holiday Inn Hotel & Suites in Mesa, outside of Phoenix, Arizona, on March 12-13.