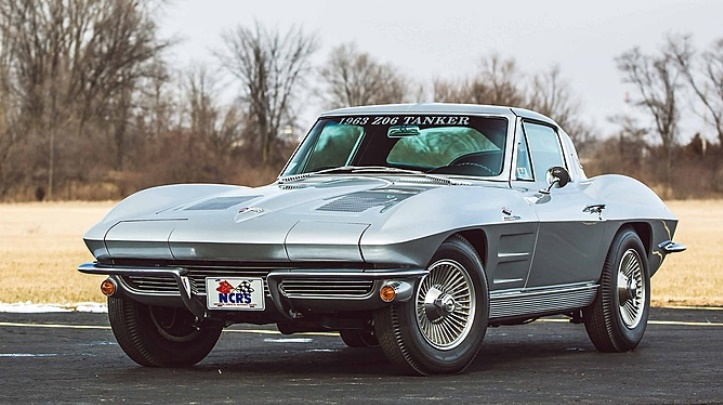 Mecum Auctions has revealed early highlights from its upcoming Houston sale, as the collector car specialist returns to the Lone Star state for the fifth consecutive year.
With around 1,000 vehicles heading for the auction block, collectors and enthusiasts will have their pick of some of the finest muscle cars, Corvettes, classics, Hot Rods and Resto Mods.

“We look forward to returning to Houston and the state of Texas where they have great passion for collector cars,” says Dana Mecum, the founder and president of Mecum Auctions. He adds, “We’re currently anticipating consignments from nearly 30 states with buyers from even more.”

Amongst the standout lots already announced is a 1963 Chevrolet Corvette Z06 Tanker, one of just 199 Z06 split-window coupes built in 1963. As one of only 63 examples&nbsp; factory-equipped with the RPO N03 36-gallon fuel tank, the car has been described by noted expert Eric Gill as "one of the finer-quality Z06 restorations I have seen" and has won accolades including Bloomington Gold certification, NCRS Top Flight and Chevy VetteFest Gold Spinner awards.

There will also be the chance to bid on a pair of Shelby GT500s – a 1967 Shelby GT500 fastback with a 428/355 HP police interceptor V8 engine, 37,332 miles on the clock, and a dashboard autographed by Carroll Shelby; and a 1968 Shelby GT500KR convertible with a 428 CI 4V Cobra Jet V8 engine and Toploader four-speed transmission with a Hurst shifter.

The Mecum Auctions Houston sale takes place at the NRG Park on April 14-16.