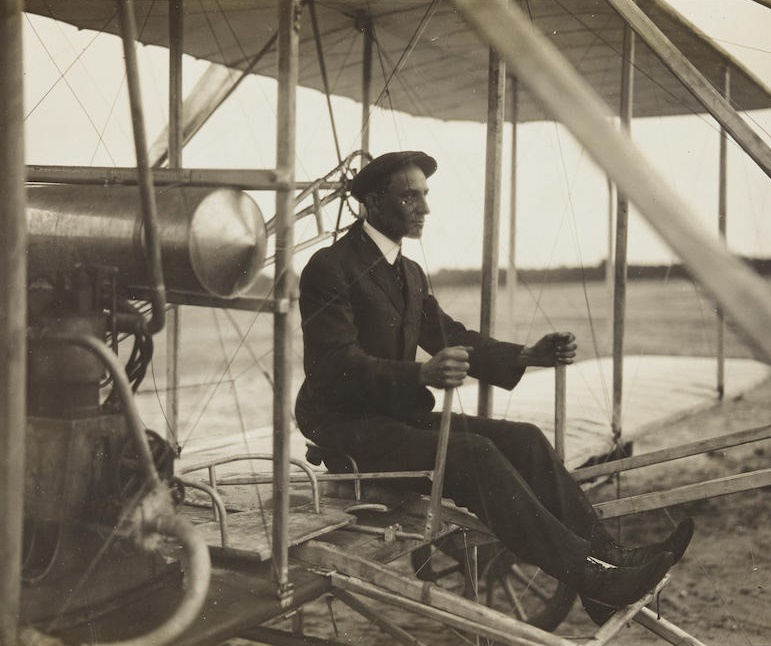 A forthcoming sale of aviation memorabilia at Bonhams will trace mankind’s history of flight, from the 19th century to the present day.
The Air and Space sale takes place in New York on September 27, and includes items from landmark moments in aviation history.

The sale includes a large collection of Wright Brothers memorabilia, such as vintage photographs and signed documents, but the standout lot is a piece of fabric from the original 1903 Kitty Hawk Flyer.

The fabric swatch was taken from the wing of the plane which made the first powered flight in human history on December 17, 1903.

It originates from the collection of Lester Gardner, a close friend of Orville Wright and a founder of the Institute of Aeronautical Sciences, who organized the first public exhibit of the famous plane in 1916.

Another remarkable item is a small side table created using a section of girder from the ill-fated Hindenburg.

When the German airship crashed and exploded in New Jersey in 1937, killing 36 people, the majority of the scrap metal recovered from the wreckage was sent to the National Bronze and Aluminum Foundry Co. in Cleveland, Ohio.

Their contract forbade the use of the metal for "ash trays, book ends or any similar articles" – but some workers created their own souvenirs using small pieces of girders.

This wooden-topped table bears a plaque made of smelted duralumin, also from the Hindenburg wreck, and comes with an estimate of $15,000 – $25,000.

The sale’s most valuable lot is a full scale vintage test model of the Sputnik-1 satellite, built in 1957 at the Experimental Design Bureau-1 factory.

Of the five known surviving replicas, two belong to aviation museums in Moscow and Seattle, with the others in private hands.

Elsewhere the auction features everything from 19th century documents on aerial navigation to astronaut autographs. 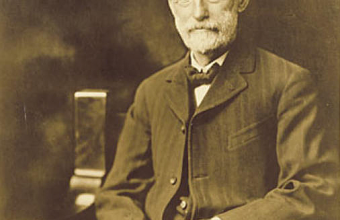 How did a bee keeper become the world’s first aviation journalist?