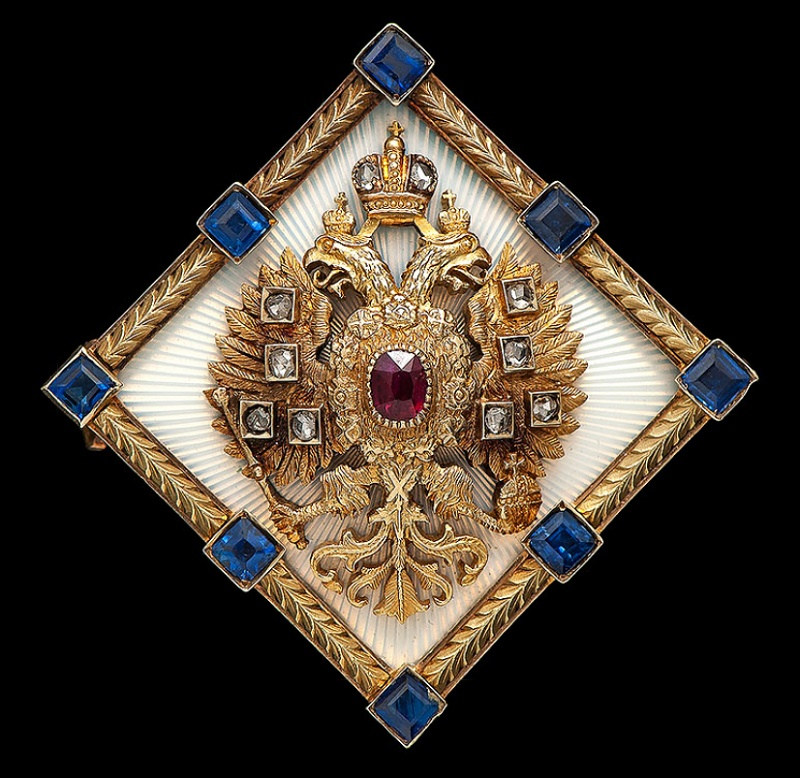 A long lost Faberge brooch originally made for the Russian Imperial Romanov family is one of the standout lots of an upcoming sale at Cowan’s Auctions in Cincinnati.
"It’s a historical piece and extremely rare," said Wanstrath. "It was designed for the Romanoff family in Russia. It was probably a presentation piece, something they would have given to a dignitary."

The 14k rose and green gold presentation brooch, with a white guilloche enamel background and a sunburst pattern, bears the family’s Imperial coat of arms with the double eagle design, adorned with a central red ruby, 10 rose-cut diamonds and eight square-cut blue sapphires.

The brooch is dated circa 1905, and has been attributed to Henry Wigstrom, the head Faberge workmaster responsible for many of the company’s legendary Imperial Easter eggs.
This beautiful and historic piece of jewelry with Russian royal provenance is expected to sell for $6,000-$10,000 when it crosses the block in Cincinnati.

Away from jewelry, the sale will feature a strong selection of stylish timepieces, with a focus on vintage gent’s watches. "A hot area is Mid-Century," says Brad Wanstrath, Cowan’s director of Fine Jewelry and Timepieces. "A lot of watches from the ’40s, ’50s and ’60s are catching fire. Young men are collecting. You don’t have the 80-year-olds buying, you have the 30-year-olds, which is nice."

One of the leading watches is a Rolex Daytona Cosmograph ref. 6264 in stainless steel, which has certainly gained in popularity since its appearance on the market in 1970, when it was considered by many to be too bulky and expensive. Now highly popular with collectors, the watch is expected to sell for $50,000-$75,000.

The Cowan’s Fine Jewelry and Timepieces auction takes place on May 22. 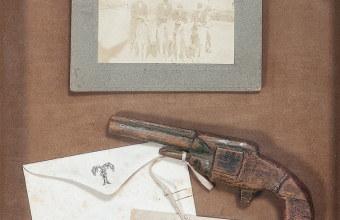 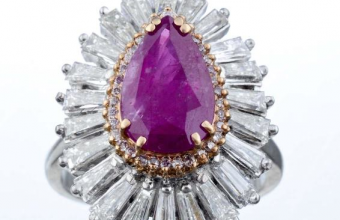