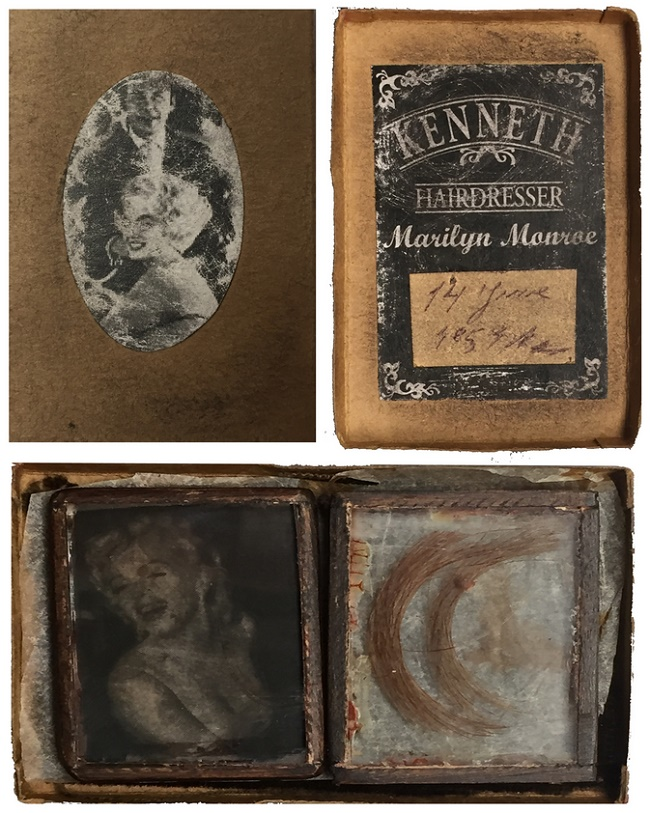 A lock of Marilyn Monroe’s hair has sold for more than $10,000 in an online sale of historic memorabilia at One Of A Kind (OAK) Auctions.

The clipping was originally acquired by Kenneth Battelle, who served as Monroe’s personal hairdresser from 1958 until 1962.

Contained in a small box and dated 14th June 1959, the lock of hair was apparently one of several Battelle gifted to close friends.

According to auction house owner David Gindy, the sale of $10,177 represents a record price for such a small lock of Monroe’s hair.

"Even some 54 years since her passing, the icon of American culture continues to captivate fans around the world, as the record-setting lock of hair shows.

"Marilyn Monroe touched so many in so many ways. Marilyn’s lock of hair can bring her fans an unparalleled sense of closeness and evoke precious memories of her."

The auction’s most valuable lot was a historic archive relating to the world’s first Trans-Pacific flight, which fetched $20,060.

The groundbreaking trip was made in 1928 by Australian aviators Charles Kingsford Smith and Charles Ulm, along with American crew members Harry Lyon and James Warner.

The archive included original photographs, newspaper clippings, autographed letters, and even the original contract for the expedition signed between the crew.

"Our consignors enjoyed soaring records in this recent auction," said Gindy. "Nowhere was this more evident than in the $20,000 bid by a savvy aviation fan, who scooped up an item from the landmark event of the first trans-Pacific flight. He truly purchased a piece of our country’s history."

There was also a strong price achieved by a first edition copy of Lewis Carroll’s nonsense poem The Hunting of the Snark, published in 1876.

The signed and inscribed book is believed to have been Carroll’s own personal copy, one of 100 he had personally printed and bound for friends and family, and sold for $10,767.