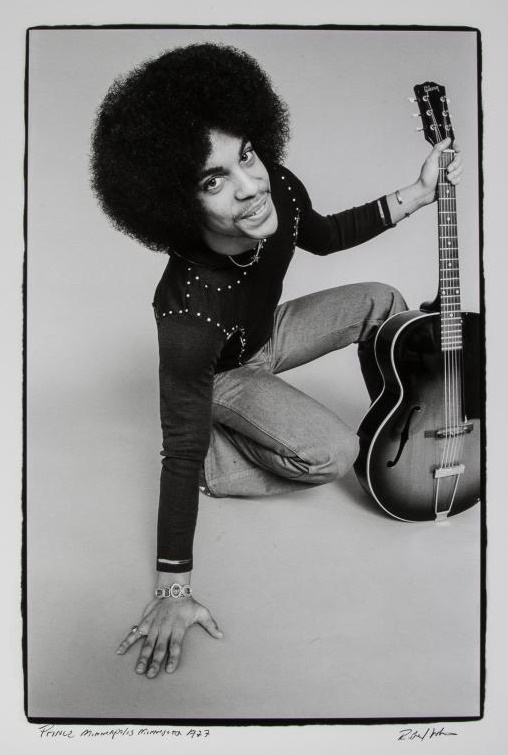 A vintage guitar used by Prince during the earliest days of his career is heading to auction next month, along with a large collection of his personal memorabilia.
The items will be sold as part of the Julien’s Rock and Roll 2016 Sale, which also features memorabilia from legends such as The Beatles, Elvis Presley and Frank Zappa.

The star lot of the collection is the 1959 vintage Gibson acoustic L48 archtop guitar, originally used by Prince in the mid-1970s to write songs and create his first demo recordings.

Featuring a sunburst finish, two f-holes, all original hardware except for two tuning pegs, raised faux tortoiseshell pickguard and dot inlays, the guitar is an important instrument in the story of Prince’s musical development, and comes with an estimate of 440,000 – $60,000.

The guitar also features in two original photographs taken in 1977 during Prince’s first professional photo shoot. Photographer Robert Whitman shot Prince in his studio, and at the home of his first manager Owen Husney, and the two images which feature a youthful Prince complete with a full afro are expected to sell for $1,000 – $2,000 each.

Less than a decade later, Prince had conquered the charts with a series of hit records including his seminal 1985 album Purple Rain.

Fans will have a chance to bid on the American Music Award statue presented to Prince and the Revolution for Purple Rain, which beat out records by Michael Jackson and Lionel Richie to win ‘Favorite Album in the Black Music’ category. It was one of three awards Prince won that evening, having been nominated for eight overall, and it could be yours for a price of $8,000 – $10,000.

Another notable lot is the black silk jacket worn by Prince to the premiere of his 1986 film Under the Cherry Moon, which – thanks to an MTV competition – took place in the unlikely location of Sheridan, Wyoming. Prince was filmed by MTV wearing the jacket as he exited his private jet, and it will now cross the block with an estimate of $25,000 – $30,000.

The Julien’s Rock and Roll 2016 sale takes place on November 4. 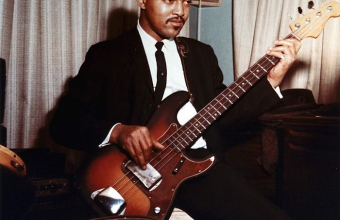