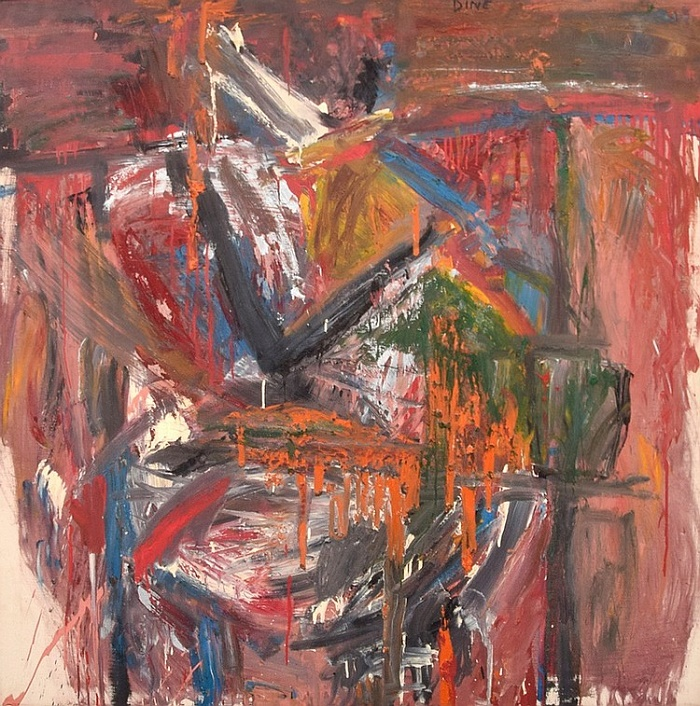 A rare early work by the American Pop Art painter Jim Dine has topped the latest Palm Beach Modern Auctions sale in Florida.
The sale featured close to 500 lots, including modern and contemporary art, sculpture and furniture from some of the 20th century’s most important designers.

The star of the sale was Dine’s ‘Room Painting’, an abstract work painted in 1958, just a year after he graduated from Ohio University, and before he found fame in New York in 1959 with his series of ‘Happenings’.

As an important work in Dine’s evolution as an artist, ‘Room Painting’ easily surpassed its estimate to sell for $45,000. “Jim Dine is hugely collected,” said auctioneer and company co-owner Rico Baca. “He’s considered both modern and esoteric, and he and his contemporaries, Jasper Johns, Willem de Kooning and Robert Rauschenberg, all influenced each other. What a great cross-pollination of talent.”

Further notable artworks included an abstract work by American artist Larry Rivers which doubled its high estimate to sell for $16,250; two geometric works by Sol Lewitt, both circa 1981, which sold for $11,250 and $10,625 respectively; a signed female bronze nude by Larry Mohr which sold for a record $10,000; and a sculptural work by op and kinetic artist Jesus Rafael de Soto which sold for $10,000.

Away from art, the sale also saw new records achieved for several items of furniture, including a Gabriella Crespi coffee table with four retractable leaves which realized $27,500; a pair of George Nakashima wall-mounted nightstands which sold for $13,750; and a Paul Evans Studio for Directional ‘Stalagmite’ coffee table which fetched $5,625.

With a packed Palm Beach saleroom, and bids flying in from 16 different countries around the world, the sale realized a final total of $875,000.

The company’s next dedicated sale of Modern Art takes place in April.