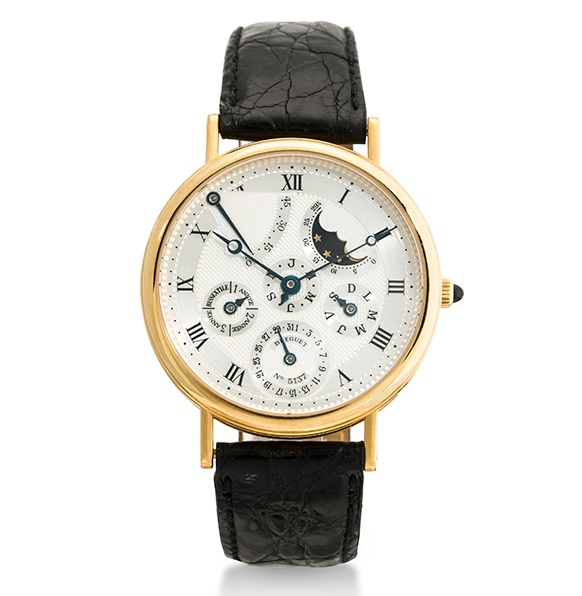 Fine and rare timepieces spanning six centuries of craftsmanship will cross the block next month, as Bonhams hosts The Art of Time sale in New York.
The auction will offer everything from Renaissance clocks to modern wristwatches, with early examples from important watchmakers in both Europe and the U.S.

The oldest lot of the sale will be a highly rare and important miniature French gilt table clock made in Paris in 1548 by Anthoine Beauvais, one of the original founders of the Paris guild in 1544. Created in the form of a hexagonal tower, the clock is believed to be one of the earliest surviving domestic clocks of its kind, and is expected to sell for $30,000-$50,000.

Collectors will also have the chance to acquire a mid-19th century pendulum case clock made by Edward John Dent, the famous English watchmaker who built the iconic Big Ben clock in the Palace of Westminster.

The sale will include a rare and collectible clock by the 19th century New Jersey horologist Aaron Dodd Crane, who invented clocks which could run for an entire year on a single winding. This skeletonised year-going astronomical clock displays the motions of the sun and moon, and is estimated at $70,000-$90,000.

Also on offer is another important astronomical clock made by the 18th century British natural philosopher James Ferguson. With a dial that incorporates time and calendar wheels that show the day, date and month, the times of sunrise and sunset, and a moon display that predicts high tide, the clock is valued at $20,000-$30,000.

“Bonhams is the only international auction house to hold sales devoted to clocks," said Director of Watches and Clocks Jonathan Snellenburg.

"The auctions attract buyers and collectors from around the world. Our focused approach to marketing each clock means that we have achieved exceptional results for our sellers, including world record prices for 17th and 18th century clocks."