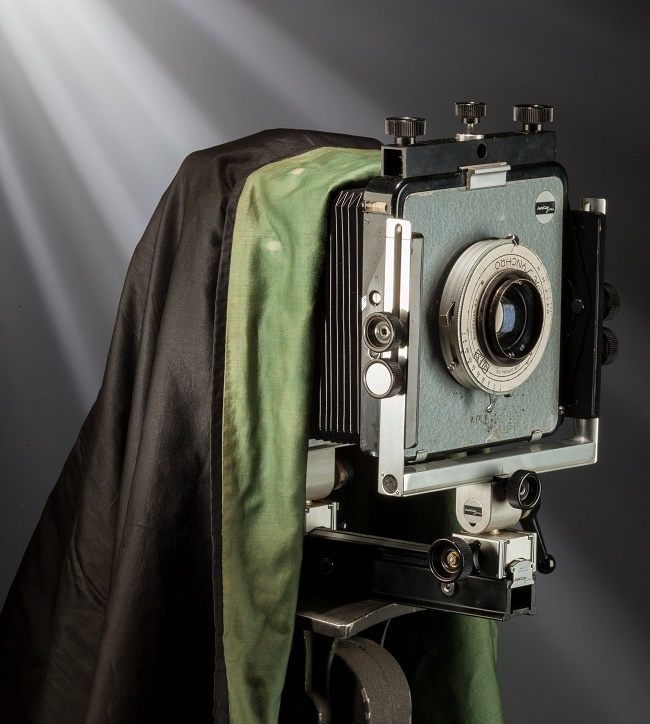 A camera owned by the American photograph Ansel Adams is set to hit the auction block later this month.
The camera is one of the star lots of the Heritage Auctions Photography sale in New York, which also includes work by the likes of Irving Penn, Dorothea Lange, Annie Leibovitz, Robert Mapplethorpe and Edward Weston.

Ansel Adams is one of America’s most celebrated photographers, whose iconic and influential landscapes have been widely reproduced for decades.

His vintage prints regularly sell for six-figure sums, but his original cameras have rarely appeared on the open market.

Not only was the Arca-Swiss camera part of his collection, but it was also used by his protégé Liliane de Cock, who herself led a remarkable life and became a renowned photographer in her own right.

Liliane de Cock was born in Belgium in 1939, and spent much of her childhood in an orphanage sheltering from WWII bombs. She later worked in a factory making photographic materials, before leaving the struggles of post-war Europe at the age of 21 to seek a new life in America.

During her journey by boat across the Atlantic she met Brett Weston, the "child genius of American photography", who was travelling on a Guggenheim Fellowship, and the pair struck up a life-long friendship.

De Cock moved out to California on Weston’s advice, and he introduced her to Ansel Adams, who offered her a temporary job as his assistant. That ‘temporary’ job lasted nine years, from 1963 until 1972, and during that time she learnt the art of photography as Adams’ apprentice.

She soon struck out on her own, borrowing a camera from Adams and travelling across the U.S to capture images which her mentor described as "a world of individualistic beauty and intensity".

She continued to work for Adams as her own reputation grew, and in 1968 he presented her with another camera – the&nbsp;&nbsp; 4×5 view camera offered at Heritage.

Adams had acquired the camera himself in 1964, and used it to create several famous images including his photograph of Arches, North Court, Mission San Xavier del Baca.
De Cock continued to use Adams’ camera throughout her career, during which she was awarded a Guggenheim Fellowship in 1972, and recognized in 1996 as one of "the most important female photographers alive".

As the first and only Ansel Adams view camera ever offered for auction, and with the provenance of Lillian de Cock’s impressive career, the camera is expected to sell for $70,000 – $100,000.