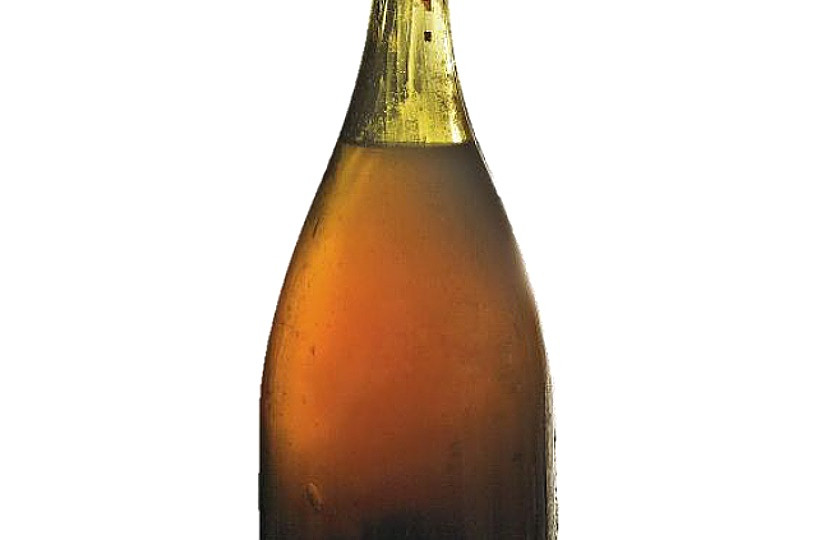 A Christie’s wine auction has set a new record for a bottle of 1774 Vin Jaune.

The wine was bottled by Pierre Vercel, an 18th century winemaker from the Jura region of France. Vercel is believed to be the inventor of this style of wine, which makes these bottles an intriguing prospect for collectors.

Vin jaune (meaning yellow wine) is fermented in a barrel under a layer of yeast. This gives it a unique flavour profile that is often compared to sherry.

The lot was one of three bottles of this extraordinarily rare vintage offered in the sale. The others made $88,013 and $84,492.

Each bottle measures 87cl, making it ever so slightly larger than the 70cl modern average. Crucially, this isn’t just a trophy wine. Despite its age, it’s still reported to be drinkable.

Another of these bottles sold for $49,343 in 2012, indicating a rise in demand in the intervening six years. Christie’s Michael Ganne said then: “One of the bottles from the same batch was tasted in 1994 by 24 professionals at Château Pécauld in Arbois, and was declared as ‘excellent’. The golden-amber coloured nectar, with flavours of nuts, spices, curry, cinnamon, vanilla and dried fruits, was awarded 9.4/10 points.

“Made to last centuries when of good quality, and nicknamed ‘the wine of kings and the king of wines’, this extraordinary bottle of Vin Jaune is probably the oldest unfortified example of what is to be still an astounding wine and another true rarity for wine lovers and connoisseurs.”

France was still a monarchy at the time this wine was laid down in Vercel’s cellar. Over the centuries it has passed down in his family. These were the last three remaining bottles, hence these exceptional prices. Provided the buyers hold off drinking them, these rare wines could last for many more years.